Whereshetoldmetogo took another big step on the road to millionaire status on Sept. 30 at Delaware Park when winning the New Castle Stakes for the second straight year.

The 7-year-old gelded son of El Padrino entered the race with a perfect 3-for-3 mark in 2022, including two stakes wins. He captured the Not For Love Stakes at Laurel Park in March, then won the Alapocas Run Stakes on July 2, squeezing an allowance win in between. Brittany Russell targeted this race for his comeback after almost three months off, a race in which he crossed the line first the previous two years (he was disqualified to second in 2020). In a four-horse field going six furlongs, Whereshetoldmetogo went off as the overwhelming 1-2 favorite.

As they passed the eighth pole, Whereshetoldmetogo began to get the upper hand, as he “countered with all that class,” in the words of announcer Josh Brown. Indian Lake lunged at him towards the rail one last time, but Whereshetoldmetogo had enough left late and held on to win by a head. Fellow Maryland-bred Tappin Cat came on for third. The final time was 1:10.17. 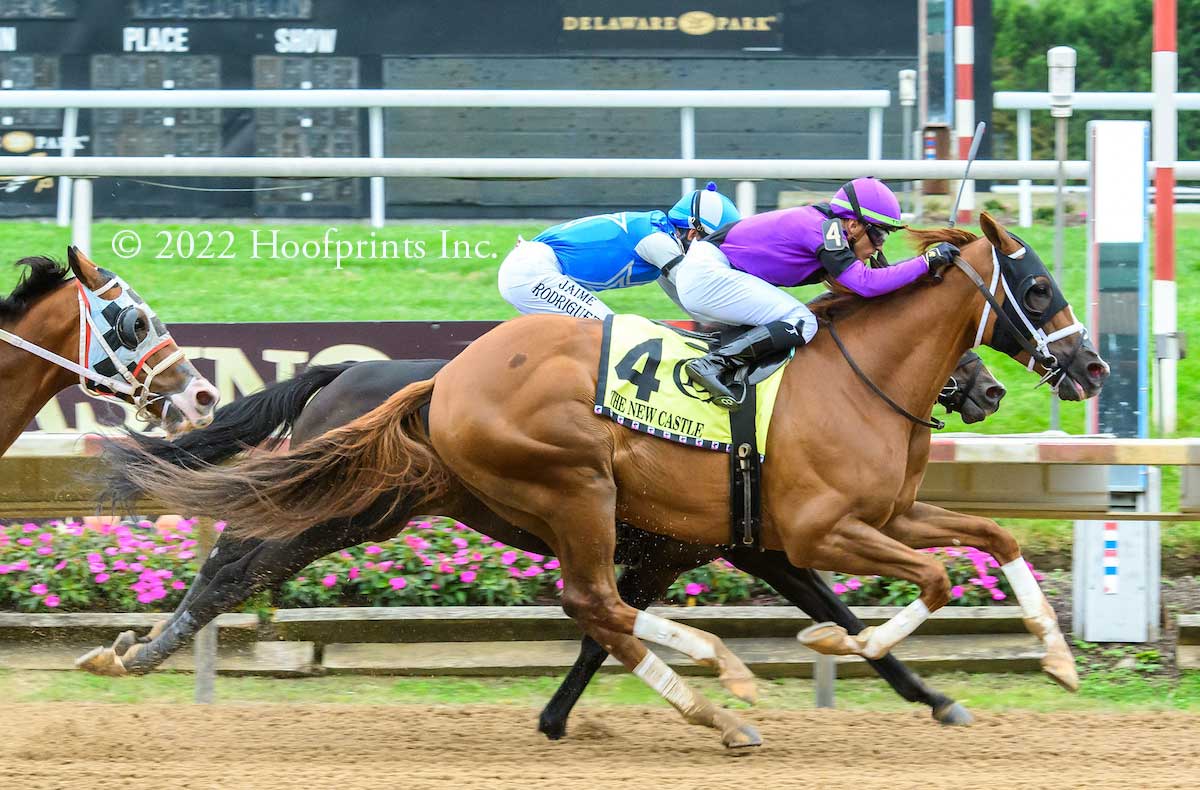 With his win in the New Castle, Whereshetoldmetogo pushed his career earnings to $955,295. He’s on the doorstep of becoming the 29th Maryland-bred to earn $1 million in their career. Field Pass, who passed the mark with his win in the Texas Turf Classic in July, is the most recent member of the club.

Whereshetoldmetogo is owned by Madaket Stables LLC, Ten Strike Racing, Michael Kisber and BTR Racing Inc. He was purchased by the Madaket-led group in the summer of 2018 from original owner Black Cloud Stable, which held a minority share until mid-2021.

In his 36-race career, Whereshetoldmetogo has piled up a bevy of stakes titles in the Mid-Atlantic. In addition to his two New Castle wins, he’s won the Alapocas Run and Not For Love each of the past two years. He’s won seven other stakes races, and gained notoriety when he attempted to savage Firenze FIre in the stretch of the 2018 Gallant Bob Stakes-G3, in which he finished second.

Whereshetoldmetogo was bred by David Wade out of the Domestic Dispute mare Undisputed Legend, who has produced seven winners from eight foals of racing age. Undisputed Legend, a half-sister to Maryland-bred champion Celestial Legend from a family that includes Maryland-bred champion Miss Charm City, delivered a filly by Vekoma this year and was bred back to Mendelssohn.