Trainer Gary Capuano kept his options open with the filly he co-bred and co-owns with ZWP partners Foard Wilgis and Dave Picarello. He entered her in the Rosenberger and the previous day’s Tax Free Shopping Distaff Stakes at Delaware, and Saturday’s Twixt Stakes at Laurel Park. He ultimately opted for the bigger purse in the Rosenberger, after heavy rain necessitated the race be switched from turf to dirt. Following the surface change, Malibu Beauty was the 9-10 favorite of five contestants remaining in the mile and a sixteenth affair which was worth $100,000 plus $50,000 to DCTP eligible horses, of which Malibu Beauty was eligible.

Within the first few seconds of the break, Malibu Beauty crossed to the rail from the outside post position and opened up a two-length lead. Sanchez allowed his mount to relax, and she cruised through early fractions of :24.46 and :48.37. As they rounded the far turn, and passed the three-quarter point in 1:13.40, Factor In and Thisnameisokay began to make their moves after the leader. However, both of those rivals flattened out, and Malibu Beauty opened up once again as they entered the stretch. She crossed the wire as much the best, covering the distance in 1:44.99 over a muddy track.

The Rosenberger was Malibu Beauty’s seventh win from 22 career starts, and pushed her earnings to $399,584. It’s her second stakes win of the Delaware season; she also dominated in the Peach Blossom Stakes on July 6. In August 2021 she captured the Miss Disco Stakes at Pimlico for her first black-type win. 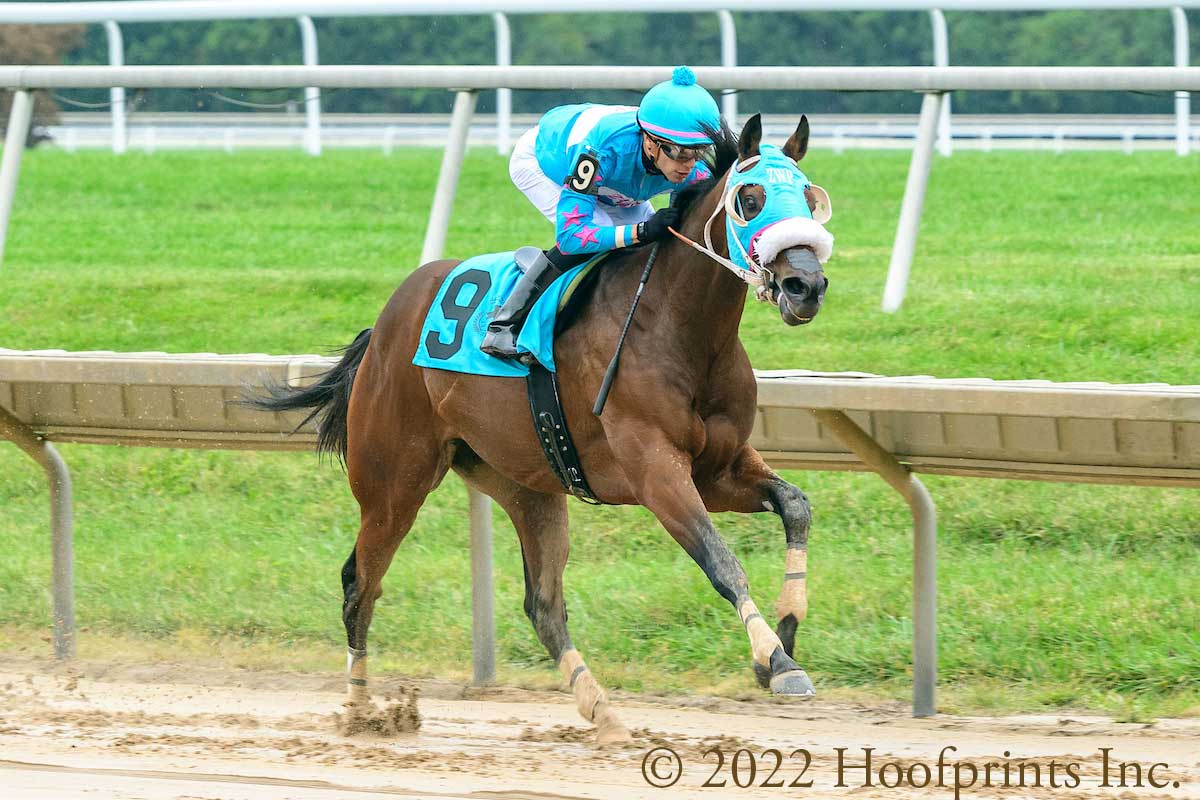 Malibu Beauty was offered at the Fasig-Tipton Midlantic Eastern Fall Yearling Sale in 2019 and exited the ring a $45,000 RNA. By the late Northview stallion Buffum, she is one of nine winners from nine foals to race for 21-year-old Malibu Moon mare Slow and Steady, six of them stakes performers with six-figures in earnings.

Slow and Steady has a 2-year-old Cross Traffic filly named Fast Tracked who sold for $120,000 at the Fasig-Tipton Midlantic Fall Yearling sale and is currently working steadily at Fair Hill but has yet to start. Her current yearling, an unnamed late May filly by Great Notion, is catalogued to this year’s fall sale. Slow and Steady didn’t have a foal report for 2022 and was bred back to Great Notion.