A $320,000 Maryland-bred Uncle Mo filly was the sales-topper at the 2022 Fasig-Tipton Midlantic Fall Yearling Sale, which was conducted at the sales pavilion in Timonium, Md.

The filly, Hip 158, was bred by Determined Stud and sold to Legion Bloodstock. She was from the consignment of Scott Mallory, agent for Determined. She’s out of Grade 2-placed Andina (IRE), a stakes-winning daughter of Singspiel who has produced five winners from five foals to race, including Australia Mia, a Group 2 winner in Chile, and Andina Del Sur, the winner of the 2018 Florida Oaks-G3. 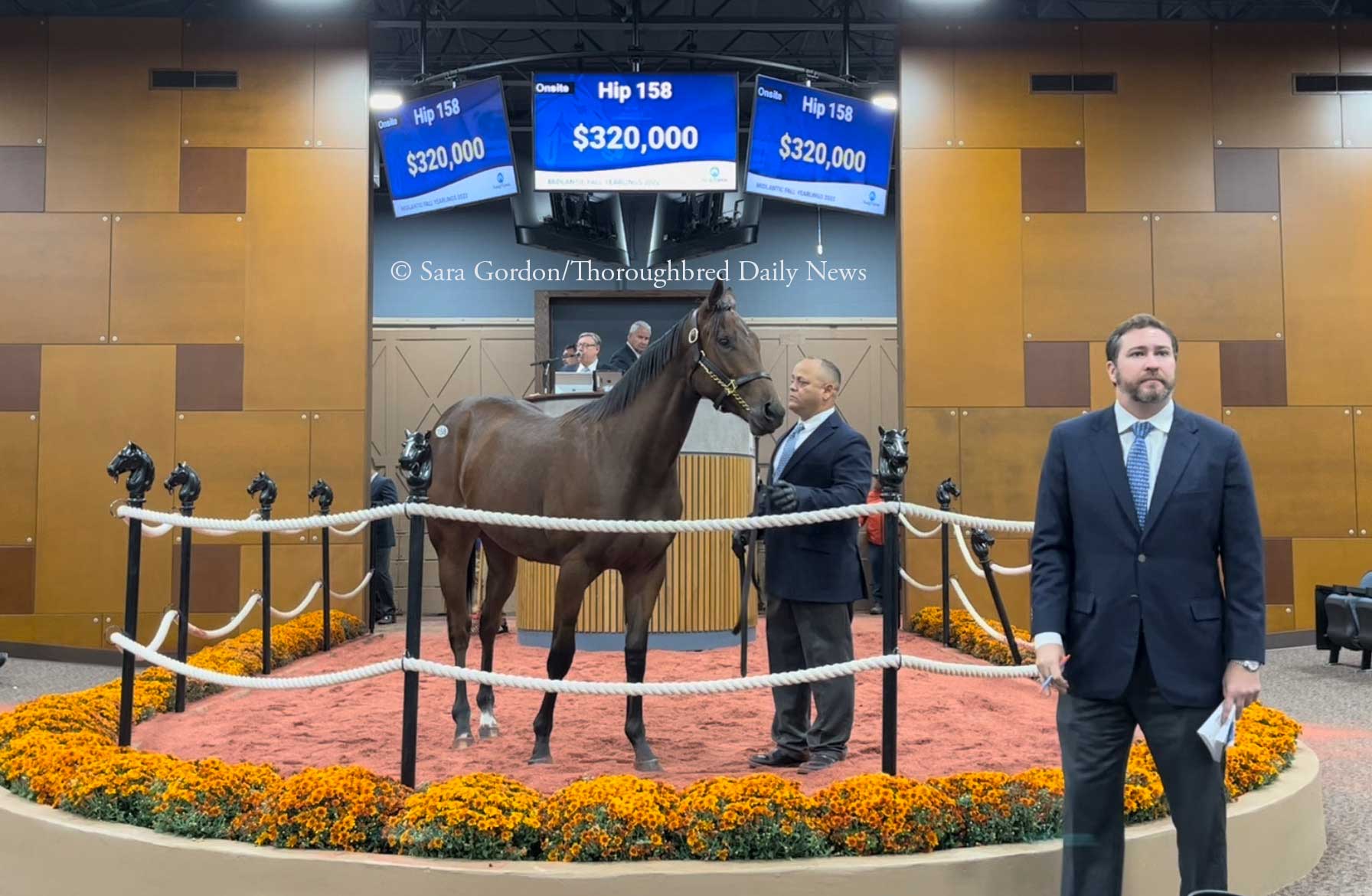 Hip 346 sold for $180,000 to Cash is King LLC & LC Racing LLC, who won the 2020 Maryland Million Classic with his half-brother, Monday Morning QB. He’s a son of the late Arrogate, out of How My Heart Works, a half-sister to Awesome Flower, a Maryland-bred champion and the dam of Haskell Stakes-G1 and Arkansas Derby-G1 winner Cyberknife. Hip 346 was bred by Bowman & Higgins Stable and consigned by Becky Davis, agent. A chestnut filly from that family, a chestnut daughter of Munnings, sold for $100,000 to SAB Stable Inc.

Hip 157 went for $155,000 to Country Life Farm. The filly is a daughter of Mendelssohn, who currently ranks seventh among first-crop sires with 16 winners and more than $925,000 in earnings. Her dam, Amie’s Legend, is a stakes winner and has also produced stakes winner Ghoul’s Night out and Top Attraction, who produced Top Queen, a Group 1 winner in Chile. She was bred by Two Legends Farm & Sycamore Hall Thoroughbreds, LLC.

The following Maryland-breds sold for $75,000 or more (with breeder, consignor, and buyer):