Pounding Music capped off the 37th edition of the Jim McKay Maryland Million on Oct. 22 at Laurel Park with a rail-skimming victory in the $50,000 Turf Distaff Starter Handicap.
Heading into the race, the 5-year-old daughter of former Murmur Farm stallion Hangover Kid had won one time from 16 starts, having broken her maiden on the Laurel turf course on April 30. Most recently, she was second, beaten a nose, in a non-winners of two claiming race at Pimlico on Sept. 25. In that race, she encountered some traffic trouble on the far turn and did not change leads late. In a wide-open race, she went off as the 8-1 fifth choice.
Under Yomar Ortiz, she began well from post position six and rated in the two-path near the pace. Longshot Please Marry Me set early fractions of :23.75 and :48.36 while Glossamer rated on the outside and Mosler’s Image and Brushing raced on either side of Pounding Music. 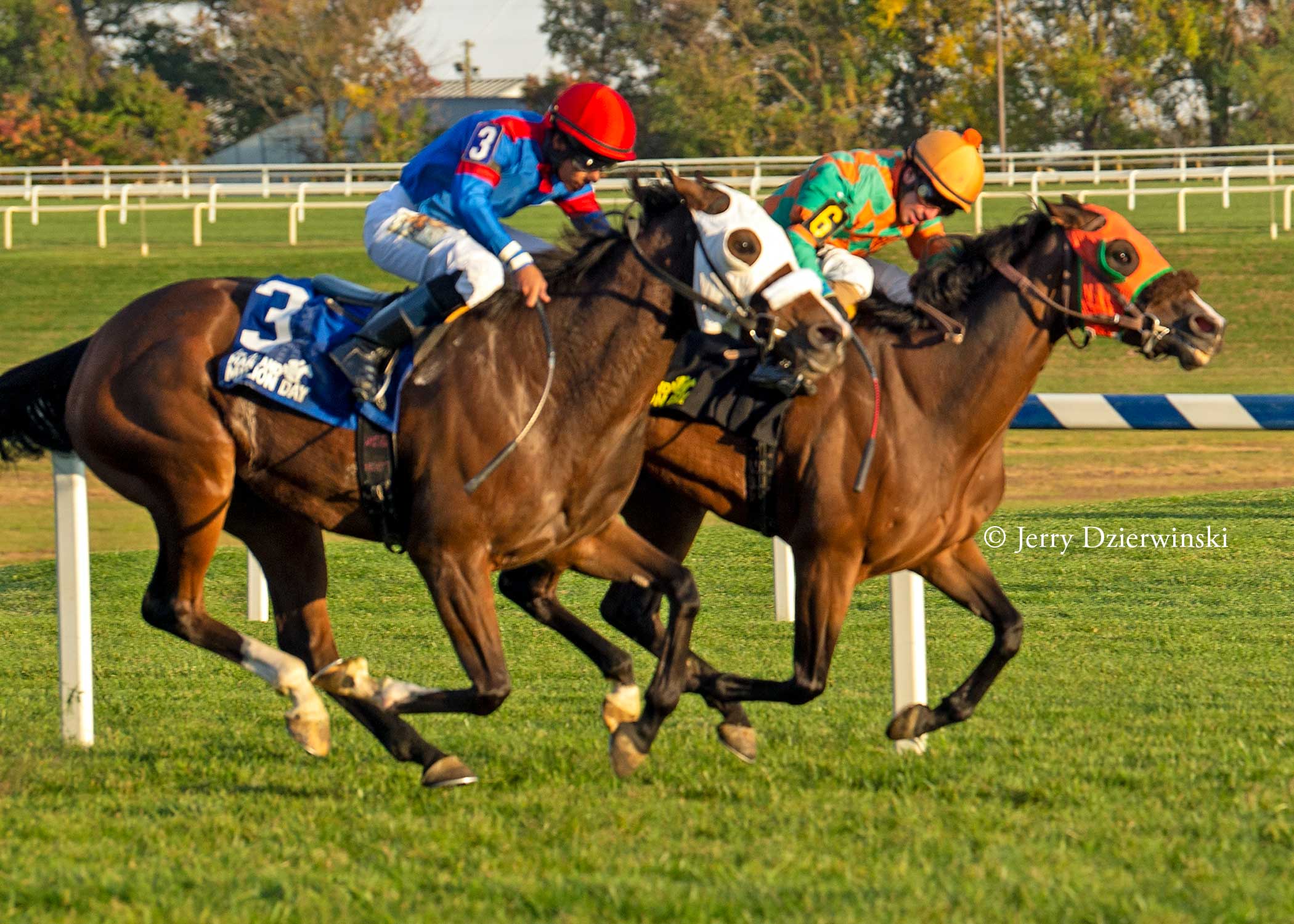 As they rounded the final turn, early leader Please Marry Me began to tire and backed up right in the face of Mosler’s Image. This enabled Pounding Music to drop to the rail as they entered the stretch. Under vigorous urging from Ortiz, Pounding Music struck the front, but had to deal with favored Downtown Katie, who loomed boldly on the outside. The two hit the wire together, but Pounding Music held on to win by a head. Mosler’s Image got up for third. The final time was 1:44.36 for a mile and a sixteenth.
Pounding Music is a homebred for Audrey Murray, while Linda Albert is the winning conditioner. The bay mare now won twice from 17 starts while earning $124,821. She provides the seventh Maryland Million win for a Murray-bred, six under the name of the late E. Allen Murray Jr.
Pounding Music descends from Harp Innis (her second dam), who was purchased for $47,000 at the Keeneland November Sale in 1997. Harp Innis produced a dozen foals, including two stakes winners by Yarrow Brae – five-time stakes winner Celtic Innis, an earner of $648,638 and winner of the 2008 Maryland Million Sprint, and Clever Yankee. Their full sister Celtic Music was unplaced in two starts but is the dam of Pounding Music and four other winners from eight starters. Celtic Music produced a full sister to Pounding Music in 2021, did not report a foal in 2022, and was bred to Blofeld for 2023.