Joanne Shankle’s The Wolfman continued an impressive year on Oct. 22 at Laurel Park when he won the $40,000 Maryland Million Starter Handicap for his fifth win of the season and third victory in a row.
In his previous two starts, both starter allowances, The Wolfman finished in a dead-heat at Pimlico on Sept. 10, then went gate-to-wire at Laurel on Oct. 2, scoring by seven and a quarter lengths. The last time he was risked for a price was when he was claimed by Shankle for $5,000 on Feb. 10 at Laurel, a race he won. Other than off-the-board finishes when attempting stakes company, he’s been in excellent form all year, having been third or better in his last nine dirt starts. Bettors made him the slight 2-1 favorite in the 12-horse field.
Jevian Toledo decided to rate The Wolfman off the pace in the early stages, while 45-1 No Fooling Dude set an opening quarter of :22.67 and half in :46.39. As they rounded the turn, Toledo asked The Wolfman the question, and the 4-year-old gelding responded in kind with a strong move to the front. Tauber, who had also rated off the pace and made his move with The Wolfman, chased after him down the stretch, but the favorite kept him and all the others at bay and won by three and three-quarter lengths. No Fooling Dude held on for second while Tauber checked in third. The final time for seven furlongs on dirt was 1:24.64. 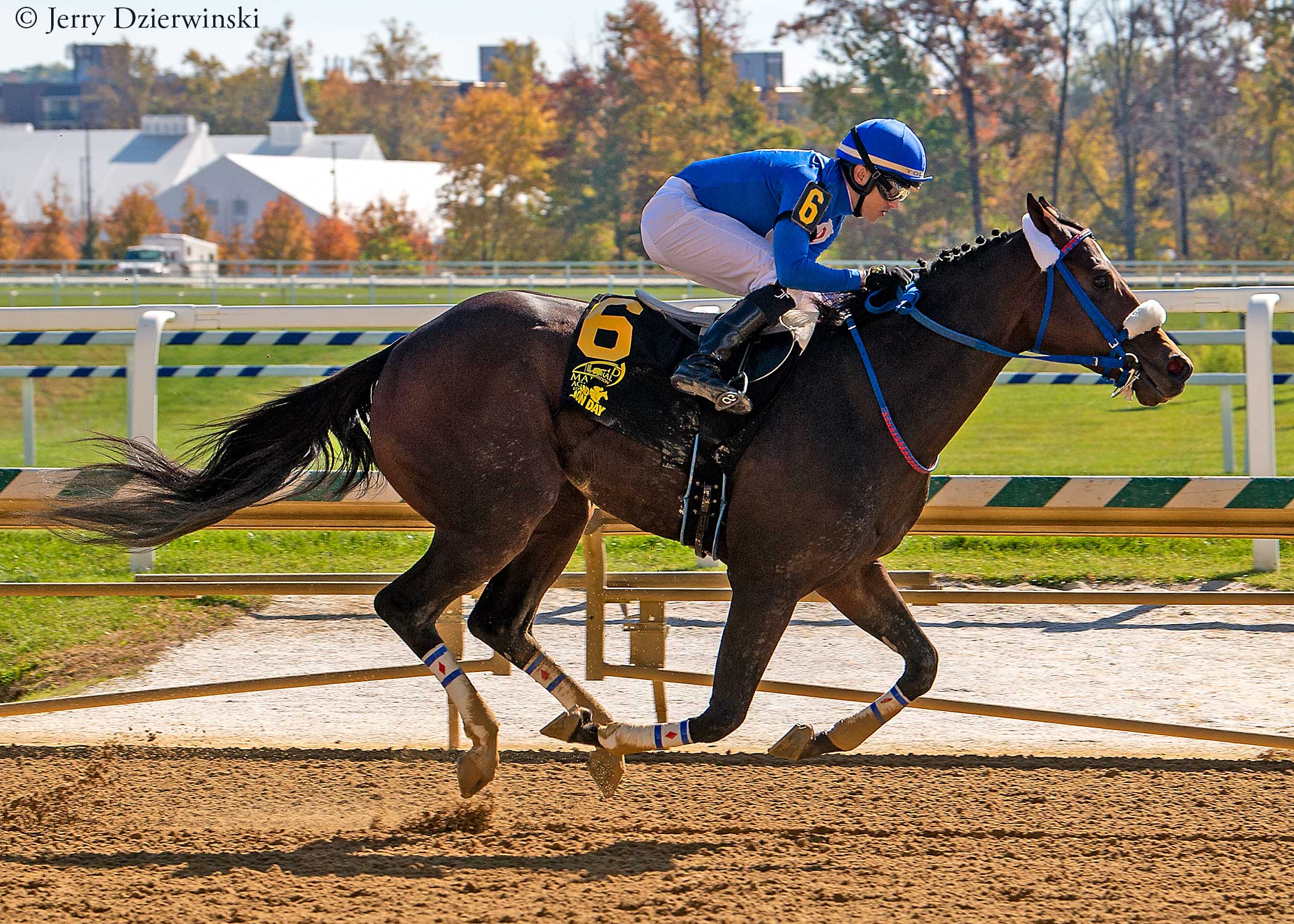 Originally campaigned by Chip Reed and Kingdom Bloodstock Inc. and trained by Phil Schoenthal, The Wolfman broke his maiden on debut at 2 at Laurel in November 2020 and finished fourth in the Heft Stakes next out. He missed a significant chunk of time during his 3-year-old season, but returned in November 2021 and since has raced consistently. The Maryland Million Starter Handicap was The Wolfman’s sixth win of the year from 16 starts, and his eighth career win from 23 tries. His career earnings are now $209,360.
Shankle took over The Wolfman’s training duties from Rudy Sanchez-Solomon in September. This is Shankle’s first Maryland Million victory as an owner and trainer, and her second training stakes win, following Can the Queen's score in the Sensible Lady Turf Dash Stakes in September.
The Wolfman was bred by Charles and Cynthia McGinnes and is by the late Bandbox. A graded stakes-winning son of Tapit, Bandbox stood his entire career at Northview Stallion Station, from 2015 until his passing in February 2021. The Wolfman is from Bandbox’s third crop and was one of two Maryland Million winners for the stallion on the day, along with Coconut Cake in the Ladies. Dicey D J, a stakes-winning daughter of Milwaukee Brew also bred by the McGinneses, is the dam of The Wolfman. From eight foals, she’s produced four starters and three winners. She was bred to Blofeld for 2023.