A $50,000 claim by Happy Got Lucky Stable Inc. and Jamie Ness in September at Churchill Downs proved to be a wise investment, as Ournationonparade handily won the $150,000 Maryland Million Classic in his first start for his new connections by five and three-quarter lengths on Oct. 22 at Laurel.
Ournationonparade was no stranger to Maryland Million success prior to Saturday. The 5-year-old son of Cal Nation won the 2019 Nursery for Reeves Thoroughbred Racing and Bernie Houghton. Not long after that win, he was transferred to Kathy Ritvo in Florida and spent most of his 3 and 4-year-old season there. He was claimed from Reeves in November 2021 and raced in the midwest over the next 10 months. He hit his best stride in the summer, when he won a $32,000 claiming race at Churchill by a neck on June 22. He was claimed from owners Thomas Sherman and Angel Wings LLC and trainer Juan Cano out of that race, and won his next two starts in impressive fashion at Horseshoe Indianapolis and Churchill for owner William Henderson and trainer Chris Hartman. Sensing a potential Classic contender, Ness claimed him last out so that he could compete in this race. He went off as the 2-1 favorite in the 11-horse Classic field. 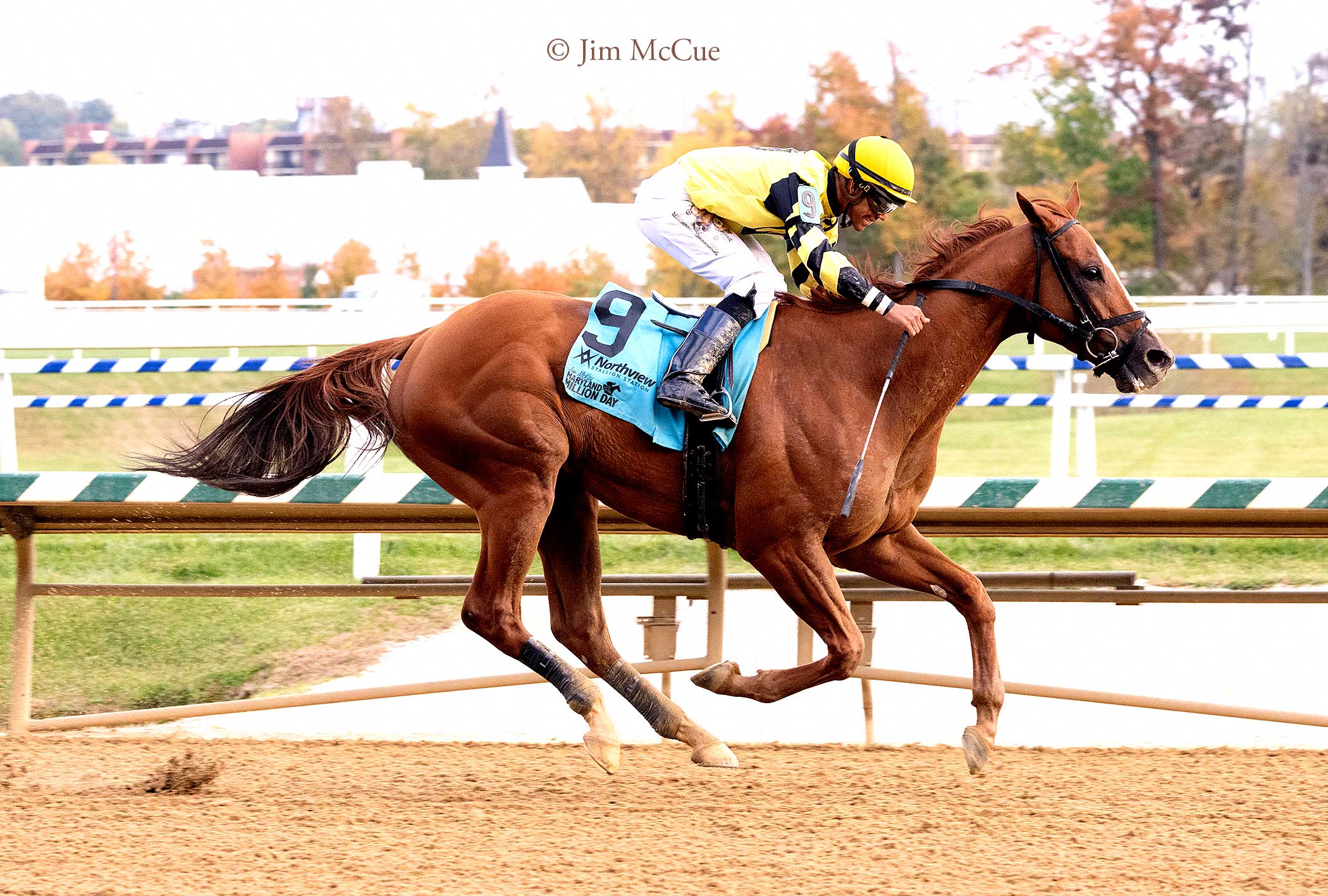 Jamie Rodriguez drafted his mount off the rail near the pace early on, while 2020 Classic champion Monday Morning Qb and 2021 champion Prendimi raced on the pace. The fractions were modest, with a first quarter in :24.65 and an opening half in :49.74. As they moved around the far turn, Ournationonparade made his bid after the early leaders. By the time they entered the stretch, Ournationonparade was a length in front and the margin only grew as they raced to the wire. He hit the line in 1:51.78 for the mile and an eighth, with Vance Scholars second and The Poser third.
Ournationonparade was bred by John Williamson III, who owned him in his first start before he was privately purchased by Dean Reeves after that race. He’s a son of former Country Life stallion Cal Nation, out of the Leading the Parade mare Parade of Colors. From six foals of racing age, Parade of Colors has produced five winners, including six-figure earner Parade of Nations, a full brother to Ournationonparade. Ournationonparade’s Classic win, the eighth of his career, boosted his earnings to $374,021 from 25 starts.
With his Classic win, Ournationonparade became the second horse to win both the Nursery and the Classic. The other, Regal Solo, won the Nursery in 2007 and the Classic in 2010. This was Ness and Rodriguez’s second Million win of the day, following their score in the Lassie with Ness’ homebred Chickieness.