When C J I Phoenix Group and Jerry Robb claimed Fille d’Esprit for $10,000 at Laurel Park on Aug. 22, 2020, no one thought much of it. That claim has paid massive dividends since then, culminating in an emphatic victory in the $100,000 Maryland Million Distaff at Laurel on Oct. 22.
Fille d’Esprit came into the Distaff with three stakes wins under her belt from 10 starts this year, including an eight-length win in the Conniver Stakes on this track on March 19. She also won the Susquehanna Valley Stakes at Penn National on June 17 and the Seeking the Pearl Stakes at Colonial Downs on Aug. 16. Those victories earned her the title of MATCH Series champion in the filly and mare sprint division. She went off as the 17-10 favorite in the nine-horse Distaff field, with Malibu Beauty, also a multiple stakes winner on the year, the 2-1 second choice.
Malibu Beauty broke well and went straight to the front, while Fille d’Esprit rated off the pace on the inside under Xavier Perez. Rounding the far turn, Malibu Beauty remained in front, while Fille d’Esprit continued to draft behind her without running room. Perez angled his mount off the rail entering the stretch and asked her for run, and the response was instant. The 6-year-old daughter of Northview Stallion Station sire Great Notion pulled clear and held sway for a convincing win. Malibu Beauty held on for second, while Sweet Gracie rallied for third. The final time for seven furlongs was 1:25.05. 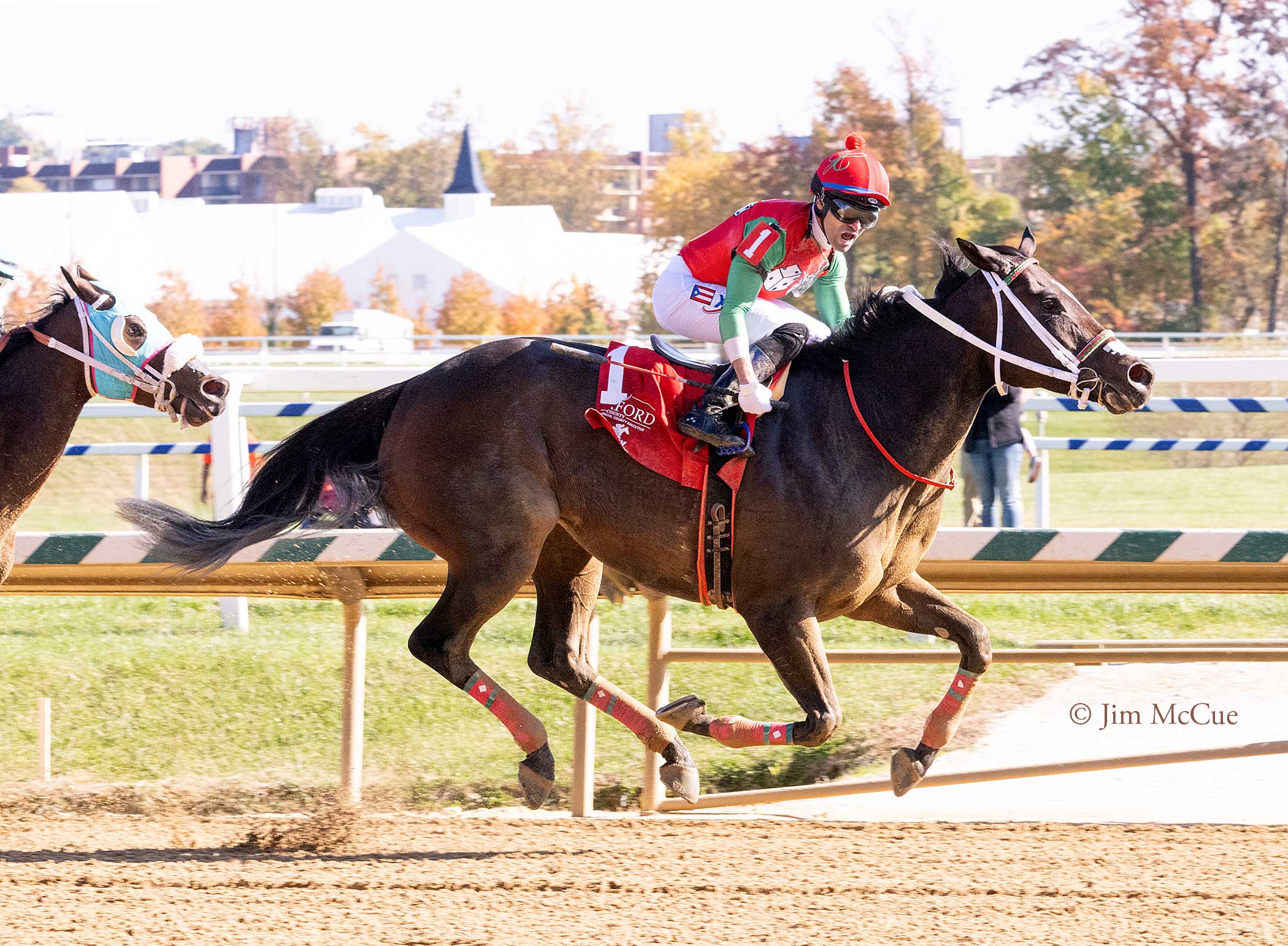 From 22 starts, Fille d’Esprit has now won 11 races, with earnings of $553,381. She’s done her best racing at Laurel, where she’s won nine times from 16 starts. This was Robb’s ninth training victory at the Maryland Million, moving him into fourth place on the all-time list behind Dale Capuano, King Leatherbury and Mike Trombetta. Great Notion now has 19 Maryland Million wins, the most of any active stallion and the third-most in Maryland Million history. Next on the list is Allen’s Prospect, with 22 wins.
Fille d’Esprit originally raced for her breeders, Sweet Spirits Stables LLC, before being claimed by C J I Phoenix Group and Robb. She’s the first foal out of her dam, Sweet Valor, who has produced two starters and two winners. In addition, Sweet Valor has also produced an unnamed 3-year-old gelding by Editorial named Sweet Syntax, a No Never No More filly named Never More Valor, and a 2022 Blofeld filly named Cross of Valor. She was bred to Blofeld again for 2023.