Double Crown surprised the racing world on Saturday, Oct. 29, paying $86.50 in recording his first graded stakes win in the Kelso Handicap-G2 at the “Belmont at the Big A” meet at Aqueduct.
The 5-year-old gelding entered the one-mile event with one win on the year from 11 starts. In his two most recent efforts, he was second in the Polynesian Stakes at Pimlico in September, then fourth in the Maryland Million Classic one week before the Kelso effort. Trainer Norman "Lynn" Cash entered him in the Kelso and in a five and a half-furlong open allowance race at Delaware Park on the same day, but decided to send him to New York. He went off by far the longest shot on the board in the six-horse contest.
The son of Bourbon Courage broke alertly from post five and was rated towards the back of the pack by J.D. Acosta. Empty Tomb was crawling on the lead, as Shackqueenking and odds-on favorite Baby Yoda pressed the pace through a first quarter in :24.32 and the half in :48.60. Rounding the final turn, Double Crown was poised to go, but had no place to run.
Entering the stretch, Baby Yoda took control and began to pull away. At the same time, Acosta moved Double Crown one path out and found clear sailing. Closing on the leader, Double Crown continued to rally under vigorous urging from Acosta and collared Baby Yoda in the last sixteenth. He crossed the wire one and three-quarter lengths in front in a final time of 1:37.16. 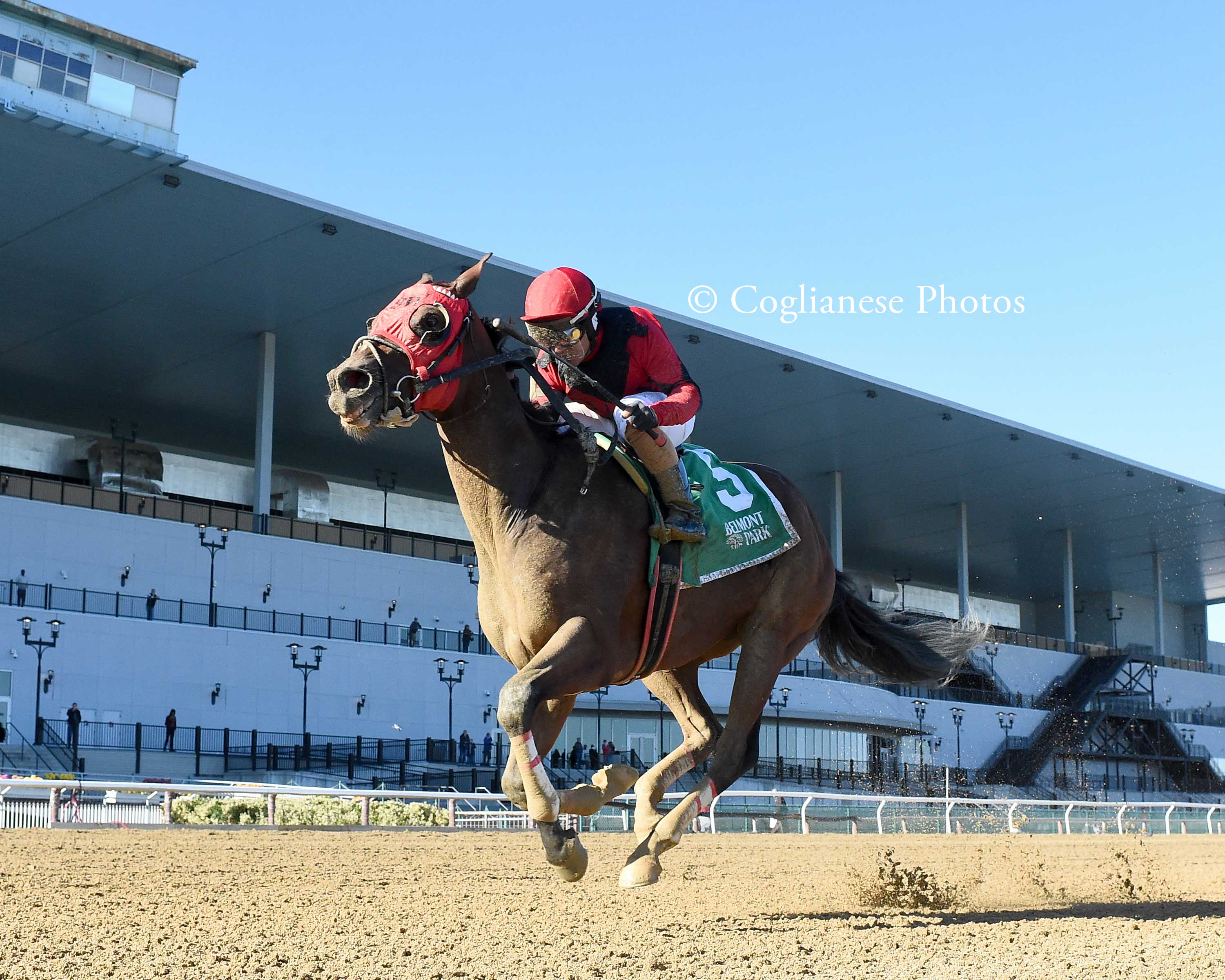 The Kelso marked the first career graded stakes win for Cash, who co-owns him with Lola Cash. Later in the program, Cash sent out 8-year-old Maryland-bred Eastern Bay to a second-place photo finish in the Bold Ruler Stakes-G3.
“It’s amazing. Seven days earlier, we ran fourth in the Maryland Million,” Cash told the NYRA press office after the win. “It was just a hair too long for him also. We thought the one-turn mile would be a good spot for him. I would rather put them in good spots and travel than stay and have mediocre or poor spots. I had a five-horse field [on Saturday] and I was hoping to just catch the board. But that horse, he just kept coming.” Cash looks to go back to New York for the Grade 1 $750,000 Cigar Mile on Dec. 3 at Aqueduct, but told the media staff he may be back in two weeks for the $135,000 Artie Schiller going a two-turn mile over the turf.
Cash claimed Double Crown for $40,000 at Churchill Downs in June from Reeves Thoroughbred Racing, and has won twice with him from eight starts, while earning more than $280,000 during the span. In his career, Double Crown has six wins from 24 starts for earnings of $548,265. A winner at Laurel in his only start at 2, he was purchased privately from owner Debbie Rhodes by Dean Reeves' Reeves Thoroughbred Racing. At 3 he raced at distances of seven furlongs or less at 3 and won two stakes and was twice graded stakes-placed.
Double Crown is one of four stakes horses this year, and first graded stakes winner, for Bourbon Courage, who stands at Anchor & Hope Farm in Port Deposit. Also the sire of Fortheluvofbourbon, a winner of six straight this year, four in stakes including the Maryland Million Sprint, Bourbon Courage ranks fifth among Maryland stallions with 31 winners and more than $2.2 million in earnings.
Double Crown was bred by Dr. and Mrs. Thomas Bowman and Rebecca Davis. His dam Two Columbus (by Two Punch) has produced three winners from five foals of racing age, with Double Crown her lone stakes winner to date. The 18-year-old mare has an unnamed yearling colt by Madefromlucky who sold for $50,000 at the Fasig-Tipton Midlantic Fall sale. With no reported foal in 2022 to the cover of Frosted, she was bred to Divining Rod for 2023.