Eclipse Thoroughbred Partners’ Aloha West drew post position five in this year’s $2 million Breeders’ Cup Sprint-G1, as he seeks to win the nation’s most important sprint race for the second consecutive year.
Last year at Del Mar, Aloha West went off at 11-1 in the Sprint, following two consecutive allowance victories at Saratoga and a rousing second-place finish in Keeneland’s Phoenix Stakes-G2. Under Jose Ortiz, he closed from sixth place with a furious late rally down the stretch to get up over Dr. Schivel in the last jump, recording his first stakes win on the world’s biggest stage.
This year, Aloha West did not make his seasonal debut until May 7 at Churchill Downs. He finished third in the seven-furlong Churchill Downs Stakes-G1 behind 2021 Eclipse Award-winning sprinter Jackie’s Warrior. He was a well-beaten fourth when stretching out on June 11 in the one-mile Metropolitan Handicap-G1 at Belmont Park behind likely Breeders’ Cup Classic favorite Flightline, but rebounded with a neck victory in the six and a half-furlong Kelly’s Landing Overnight Stakes at Churchill on July 2.
After that race, Aloha West received a brief break, then returned to the worktab in early October at the Churchill base of trainer Wayne Catalano. He’s turned in five workouts this month, the last two bullets, most recently going four furlongs in :47.40 on Monday morning at Keeneland, the site of this year’s Breeders’ Cup. 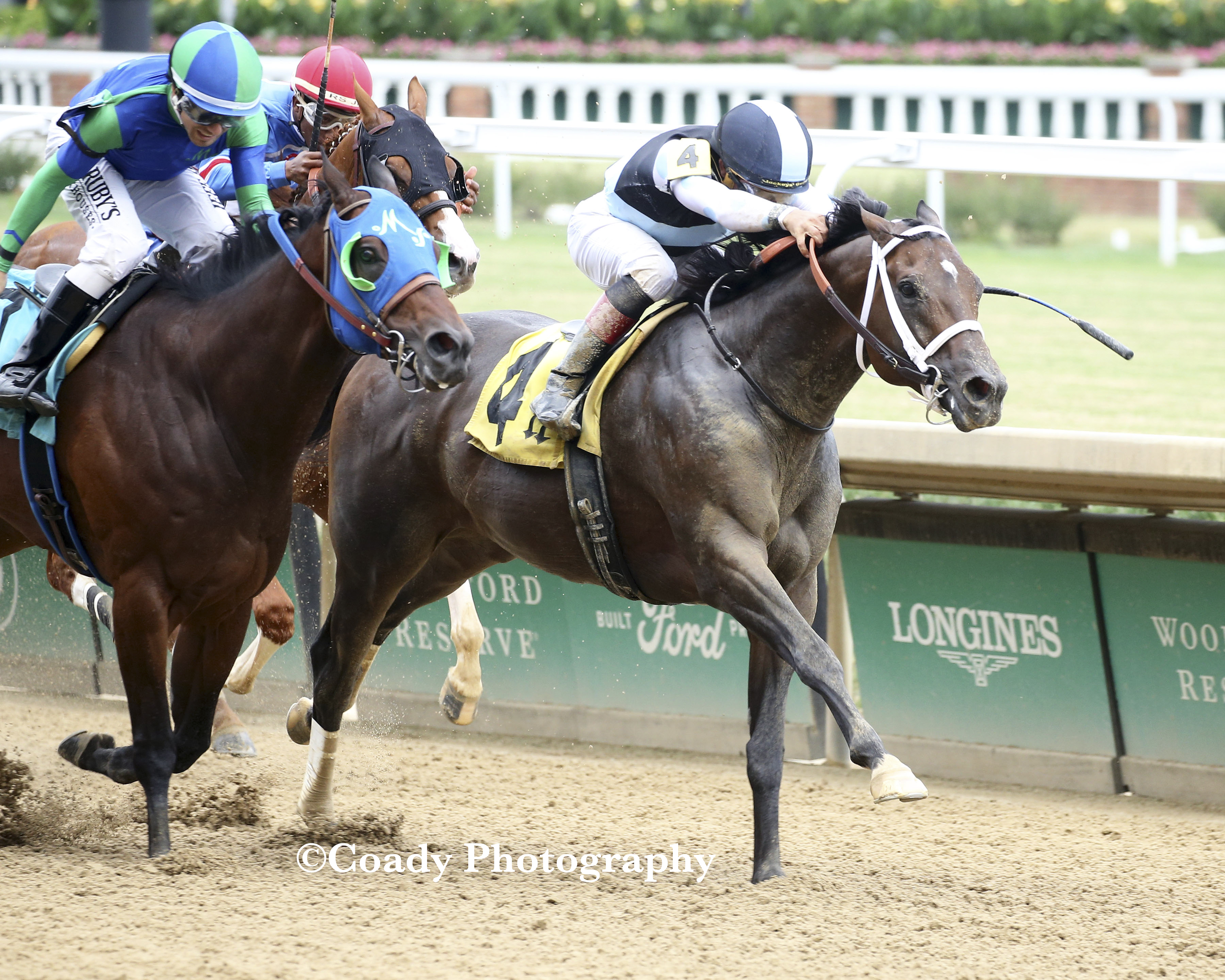 Catalano is happy with how Aloha West is coming into the race. “That’s what you want to see,” Catalano told BloodHorse in reference to Aloha West’s most recent workout. “He worked very well. He worked good, and he’s barely drinking. So I’m happy. He went :47 2/5 and galloped out in 1:01 3/5 so that was perfect.”
In five career starts at the Sprint's six-furlong distance, he has three wins and a second.
Aloha West is 12-1 on the morning line for this year’s Sprint, and will be ridden by Luis Saez. Ten other horses are entered, including 4-5 morning line favorite Jackie’s Warrior, also the overwhelming favorite in last year’s race. To be run as the seventh race on the card, the Sprint’s post time is scheduled for 2:30 p.m.
Bred by Bob Manfuso and Katy Voss, Aloha West sold for $160,000 at the Keeneland September Yearling Sale in 2018 to agent Ben Glass. Unraced at 2 and 3, he made his first two starts in the winter of 2021 at Oaklawn Park for Gary and Mary West, who sold him privately to Eclipse. In his career, the son of Hard Spun and 2021 Maryland Broodmare of the Year Island Bound (by champion sprinter Speightstown) has won six times from 12 starts for earnings of $1,507,290.
Should he win the Sprint, Aloha West would be the second Maryland-bred to win multiple Breeders’ Cup races, following Knicks Go’s victories in the 2020 Dirt Mile and 2021 Classic. He’s one of six Maryland-breds to win a Breeders’ Cup race, the others being Safely Kept (1990 Sprint), Concern (1994 Classic), Cigar (1995 Classic), and Sharing (2019 Juvenile Fillies Turf).