Anchor & Hope Farm stallion Long River got his first winner in his first crop on Nov. 12 at Laurel Park, when 2-year-old filly Ride the Rapids broke her maiden by a nose in her third career start.
The Dale Capuano trainee went off as the 3-1 second choice in a six-furlong $30,000 maiden claiming race. Breaking from post seven, she stumbled slightly at the start and moved to rate three-wide off the early pace. As they rounded the far turn, Carlos Lopez nudged her a bit, and she moved after early leader Donna’s Courage.
At the top of the stretch, Ride the Rapids continued to chase the leader, but Donna’s Courage continued to hold sway. The early leader began to falter a bit in the last eighth and Ride the Rapids continued to eat into the margin as they approached the wire. The two fillies hit the line together, but the photo finish camera disclosed that Ride the Rapids got up just in time. 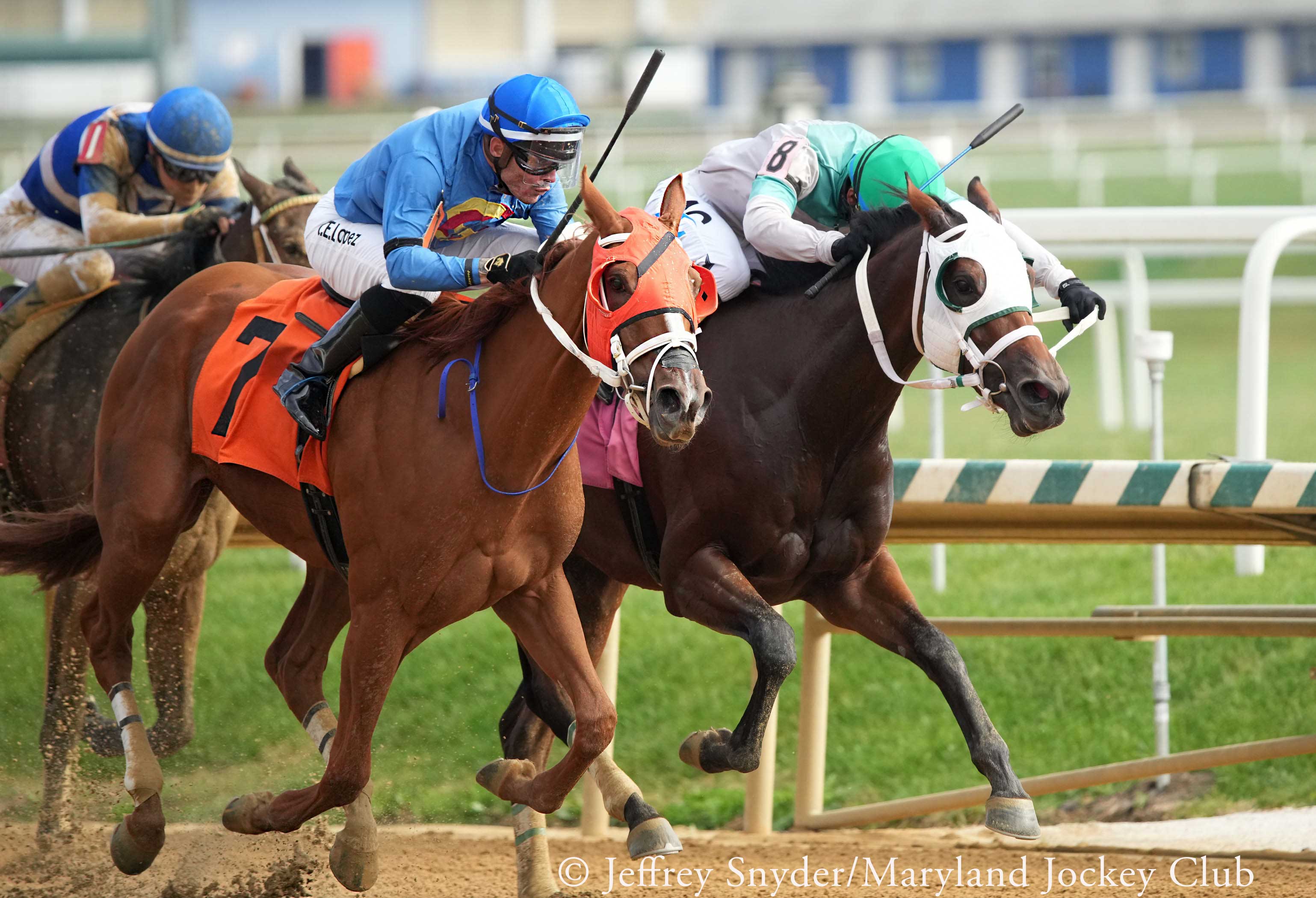 Ride the Rapids has now earned $28,600 in her career for owner Super C Racing. She was bred by Chanceland Farm and sold to Super C Racing for $40,000 at the 2021 Fasig-Tipton Midlantic Fall Yearling Sale. She’s the third winner from four foals for her dam Get Set Go, a daughter of More Than Ready and half-sister to stakes winner Taketheodds and to the dam of Grade 1 winner Cathryn Sophia.
Bred by Darley, by A.P. Indy out of the Breeders’ Cup Distaff-G1 winner Round Pond (by Awesome Again), Long River won five times from 27 starts and earned  $770,347. His most notable victory came in 2017, when he captured the Al Maktoum Challenge Round 3-G1 at Meydan Racecourse in Dubai, earning him the distinction as the last Grade/Group 1 winner for his iconic sire.
A winner at 2 when he broke his maiden in his third career start at Aqueduct in December 2012, Long River went on to take two stakes races in New York: the 2013 Time for a Change and 2014 Evening Attire. He was three times graded stakes-placed in his 2014 season, missing by a neck when second in Grade 3 Excelsior Stakes, and finishing third in the Jockey Club Gold Cup-G1 behind Tonalist, as well as in Keeneland’s Fayette Stakes-G2, his final U.S. start.
Long River entered stud in 2019 at Louis and Grace Merryman’s Anchor & Hope Farm in Port Deposit and sired 26 foals in his first crop. The 12-year-old chestnut covered 35 mares in 2022 while standing for $1,500.