Bourbon Bon Bay won her fourth race in as many starts and earned her first stakes victory on Wednesday, Nov. 23 in Parx’s Cornucopia Stakes.
Making her third start of the year, Bourbon Bon Bay went off at 6-1 in the 11-horse field. The 5-year-old daughter of Bourbon Courage broke well from her 10th post and rated one path off the rail near the early pace. As they moved into the far turn off an opening quarter mile of :22.76, Bourbon Bon Bay began to drop back a little bit, and Jomar Torres asked her for run.
At the top of the stretch, Shero held a narrow lead, but Bourbon Bon Bay soon drew alongside. The two engaged in a fierce battle, with Bourbon Bon Bay getting the upper hand as they passed the eighth pole. Oxana moved up to challenge along the rail, while Moma Tiger, Sweet Willemina, and Trolley Ride all closed strongly from behind. But Bourbon Bon Bay had plenty left and hit the wire a length in front, with Oxana second. The final time for six and a half furlongs was 1:20.52. 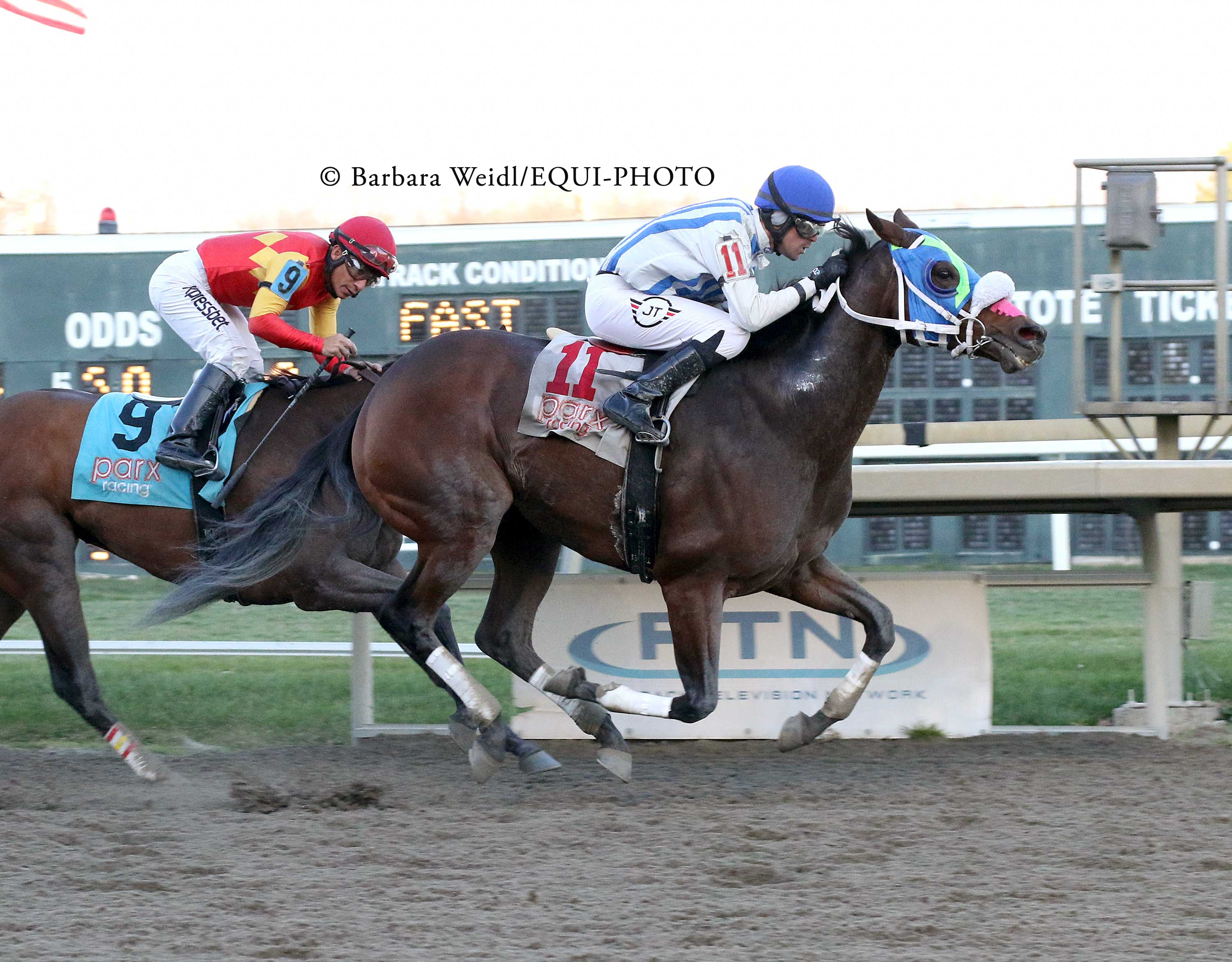 Bourbon Bon Bay is a homebred for Erin Hlubik. Her husband, Ramon Martin, is the winning trainer. Bourbon Bon Bay did not race until late in her 4-year-old season, when she debuted in a maiden special weight at Parx on Nov. 24. She won by nine and three-quarter lengths in a 22-1 upset, but did not return to the races for more than seven months. She won her comeback race June 29 against first-level allowance company by a neck, then added a second-level allowance on Sept. 7 by a length. She was entered and scratched in the Roamin Rachel Stakes at Parx on Oct. 4; the Cornucopia was her stakes debut. She’s now earned $120,000 in her career.
Bourbon Bon Bay is the third stakes winner this year for Bourbon Courage, who stands at Anchor & Hope Farm in Port Deposit. Bourbon Courage is also the sire of Fortheluvofbourbon, a four-time stakes winner this year including the Maryland Million Sprint, and Double Crown, winner of the Kelso Handicap-G2. Bourbon Courage currently ranks sixth among Maryland stallions with 33 winners and more than $2.4 million in earnings.
Bourbon Bon Bay is the first foal out of Sheza Dish (by Majestic Warrior), a three-time winner of $91,630. The mare was bred to Imagining for 2018 but did not produce a foal; her only other foal is unraced Our Great Escape, a 3-year-old son of Street Magician.