A return to turf proved no problem for La Castiglione, as she won the Glendale Stakes by a length at Turf Paradise on Nov. 26 for her third stakes win of the year.
Earlier in the season, La Castiglione won back-to-back stakes at Arizona Downs, taking the Queen’s Stakes on July 16 and the Arizona Downs Distaff on Aug. 15. She was well-beaten in the Tranquility Lake Stakes at Del Mar, then missed the board in the Jeff & Jack Coady Sr. Stakes at Turf Paradise next out. For the Glendale, she stretched back out around two turns and switched from dirt to turf. She had raced on the surface once before, winning an allowance at Turf Paradise on May 3. She went off as the 9-2 third choice in the 10-horse field.
Under regular rider Hannah Leahey, La Castilgione began well from post position five and was wrestled back off the early pace. Stalking along the rail, she chased early leader Loopy went through a first quarter-mile of :23.00 and an opening half in :46.04. 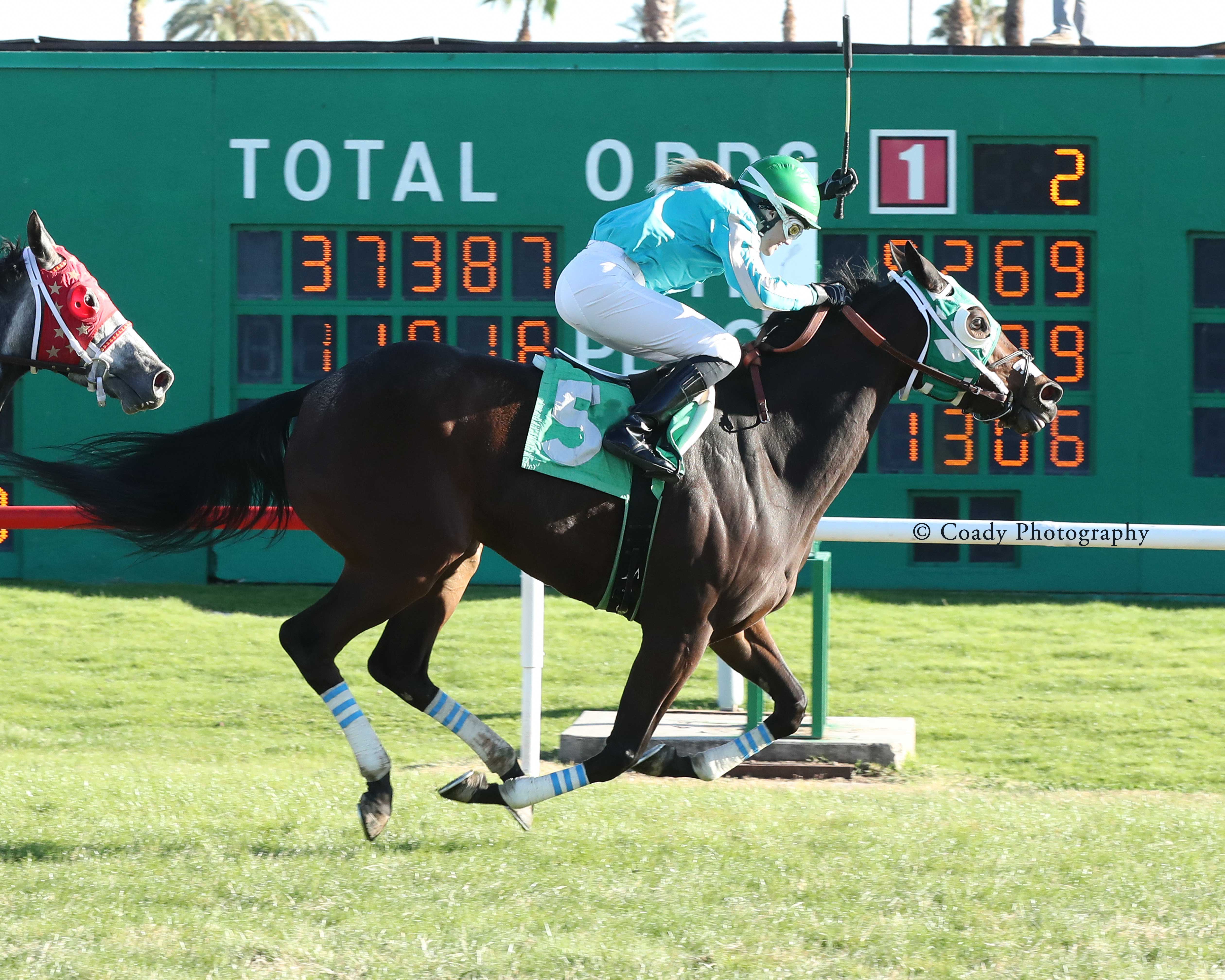 As they entered the stretch, Leahey angled La Castiglione off the rail and worked her way past Loopy. She struck the front as they moved past the eighth pole and fended off the rail-riding challenge of favored Blazingbellablu. The final time for seven and a half furlongs was 1:28.55.
From 23 career starts, La Castiglione has a record of 9-5-2, with earnings of $178,892. This year, she’s won six times from 11 starts and has earned $116,956. She’s owned by Jeff Jacobs and trained by Juan Quintana Gutierrez. She was claimed by Jacobs for $7,500 in September 2021 at Monmouth Park, and transferred to Gutierrez’s stable in Arizona at the start of 2022.
La Castiglione was bred by Dr. and Mrs. Thomas Bowman, Dr. Brooke Bowman and Rebecca Davis, and is by Northview stallion Uncle Lino. She’s out of the Distorted Humor mare Perverse, who has produced seven winners from eight starters, including the stakes-placed $426,988-earner Ignite (by Jump Start), Instructor Kunu (by E Dubai) and Belial (by Tritap). She was bred back to Great Notion for 2023, after producing a filly by him this past February.