Malibu Moonshine capped off an undefeated season and cemented her status as the top Maryland-bred 2-year-old filly of 2022 on Friday, Dec. 30, when she won the Gin Talking Stakes at Laurel Park.
The daughter of Bourbon Courage entered the seven-furlong contest in pursuit of her first stakes win in open company. Off a victory in the Maryland Juvenile Filly Championship, she was sent off as the slight 2-1 favorite in the seven-horse Gin Talking field.
Just as she did in her first two races, Malibu Moonshine was unhurried early. She drafted in last place and remained six and three-quarter lengths behind the leaders as they rounded the far turn.
Turning for home, Angel Cruz kept Malibu Moonshine glued to the inside and began to urge her on. Early leader Stonewall Star remained clear as they passed the eighth pole, but Cruz continued to drive his mount and Malibu Moonshine responded in kind. She overhauled Stonewall Star in deep stretch to win by one and three-quarter lengths. The final time over the fast main track was 1:26.86. 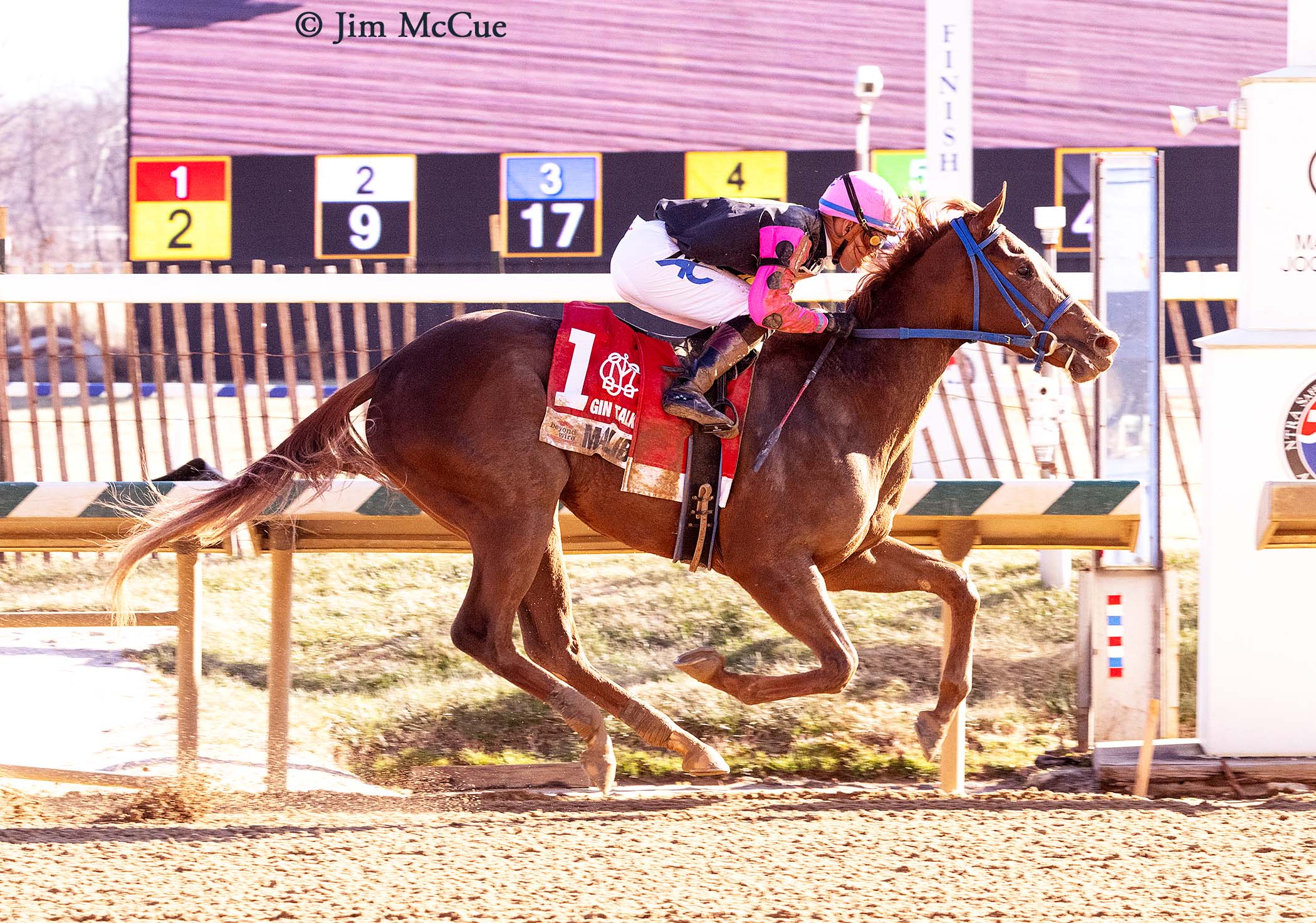 Malibu Moonshine improved to 3-for-3 lifetime, boosting her career earnings to $155,880. Based at Belmont Park, she's owned by Happy Face Racing Stable, trained by Charlie Baker, and was bred by Dr. Ronald Harris Parker. She began her career with a come-from-behind win in a maiden special weight race at Pimlico over a sloppy track on Sept. 11. She was entered in the Maryland Million Lassie, but was scratched after falling ill the morning of the race. It proved a minor setback, as she returned to training a few weeks later and shipped back to Maryland for the Maryland Juvenile Filly Championship on Dec. 3.
Malibu Moonshine is one of eight foals of racing age out of Sunday in Malibu, and her dam's seventh winner from as many starters. A stakes-placed daughter of Malibu Moon, Sunday in Malibu is also the dam of Malibu Moonshine’s stakes-placed full sister Maxine’s Tap Room, as well as Sunday in L B C, a stakes-placed son of Cal Nation who earned $226,295. The 17-year-old mare has a 2-year-old colt by Holy Boss named Malibu’s Boss Man, a yearling named Malibu Hooch, a full sister to Malibu Moonshine, and was bred back to Bourbon Courage.