The Carousel Stakes at Laurel Park on Dec. 30 proved to be an appropriately-named race, as Malibu Beauty led them in a merry-go-round around the track to win her third stakes race of the year.
Looking for a rebound performance after an off-the-board finish in the Thirty Eight Go Go Stakes last out, Malibu Beauty went off the 5-2 third choice in a wide-open eight-horse field. In the Thirty Eight Go Go, she battled for the early lead and had a hard time getting settled early in the race. Subsequently, she had nothing left to give by the time they hit the stretch. Her key to victory was to relax early and get an easier lead.
Reunited with rider Jaime Rodriguez and breaking from the inside post position in the mile and an eighth race, Malibu Beauty quickly hit the front and established a comfortable advantage. She set an opening quarter-mile fraction of :24.93 and went the half in :49.08. Settled by the time they hit the backstretch, she enjoyed an advantageous setup. 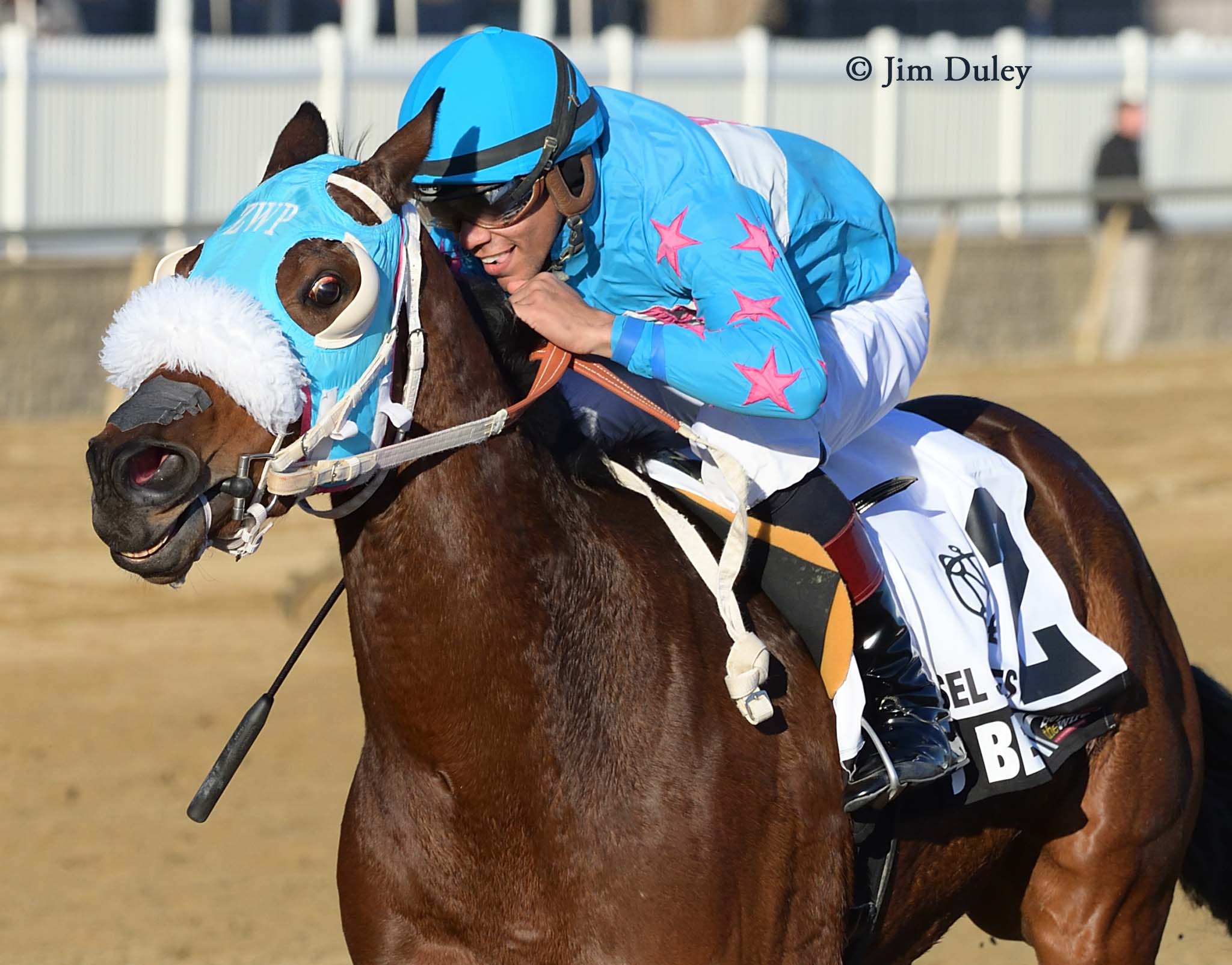 As they rounded the final turn and passed the six-furlong marker in 1:13.88, Malibu Beauty began to pull away from the body of the field. She cruised home to prevail by seven and three-quarter lengths in a final time of 1:53.70 over longshot Cover Version. Thirty Eight Go Go winner Hybrid Eclipse finished third.
Malibu Beauty concluded her 2022 season with a record of 3-3-0 from eight starts. Lifetime, she boasts a mark of 8-7-3 from 25 races, including four stakes wins, with earnings totaling $503,084. In addition to the Carousel, she won the Peach Blossom and George Rosenberger Memorial Stakes at Delaware Park earlier in 2022 and the Miss Disco Stakes at Pimlico in 2021.
Malibu Beauty is a homebred for ZWP Stable Inc. and trainer Gary Capuano’s Non Stop Stable. By the late Northview stallion Buffum, Malibu Beauty, now 5, is out of the prolific mare Slow and Steady (Malibu Moon). All 10 foals of racing age produced by Slow and Steady have raced and won, including stakes winners Steady Warrior (Cherokee’s Boy) and Steady N Love (Not For Love). Slow and Steady’s most recent offspring of racing age, Fast Tracked (Cross Traffic), finished second in the Maryland Juvenile Filly Championship on Dec. 3 in her second start. Slow and Steady has an unnamed 2-year-old filly by Great Notion, did not have a foal report for 2022 and was bred back to Great Notion for 2023.