Plot the Dots put his name in the record books and achieved a personal milestone in the process on Saturday, Jan. 21, when he won the Jennings Stakes, for Maryland-bred or Maryland-sired horses, at Laurel Park. In winning his first stakes, he became the first Maryland-bred stakes winner of 2023.

One of three horses owned and trained by Norman “Lynn” Cash in the eight-horse field, Plot the Dots was the lowest-priced of the three, at 5-1. Stablemate Monday Morning Qb (10-1) went to the front early going a one-turn mile and battled with longshot Whiskey and You through an opening quarter of :23.94 and a half-mile in :47.66. Even-money favorite Ournationonparade and second choice Ain’t Da Beer Cold stalked that duo, while Plot the Dots raced in the next flight of horses a few paths off the rail.

As they rounded the turn and got set to charge down the long stretch run, Jevian Toledo began to ask Plot the Dots, and he moved alongside the leaders at the top of the stretch. Ournationonparade struck the front and maintained a slim advantage, but Plot the Dots battled him on the outside and started to wear him down. In the last eighth, Plot the Dots pulled clear and hit the wire five lengths in front, covering the distance in 1:39.27 over a fast track. Stablemate Galerio rallied for second, while Ournationonparade held third. 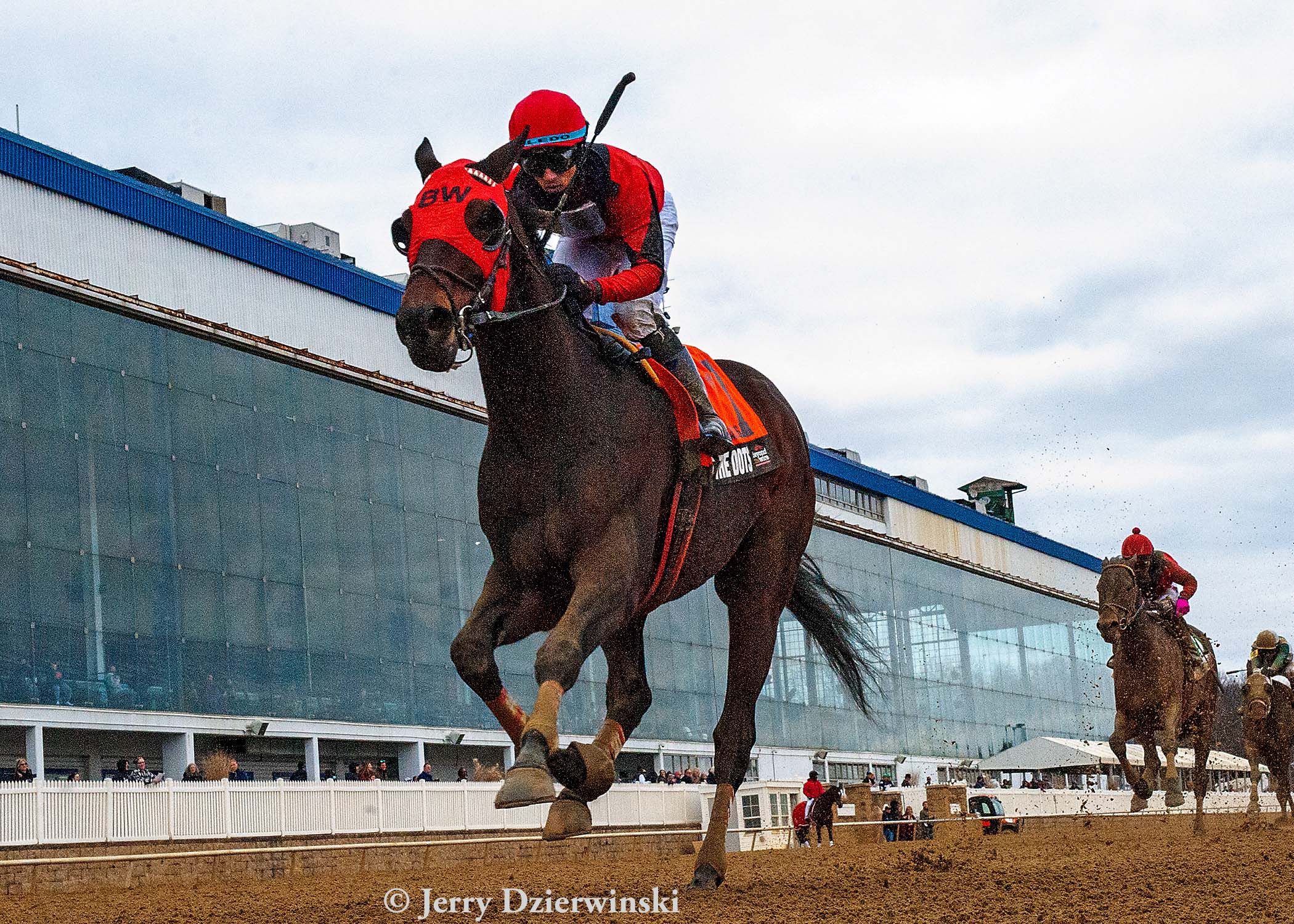 Plot the Dots was bred by The Elkstone Group LLC and is by Uncle Mo out of Lady of Gold (Medaglia d’Oro). Lady of Gold was multiple graded stakes-placed in her career while earning $254,598. Plot the Dots is Lady of Gold’s first foal; her only other reported foal was the year-younger Distorted Humor filly Gravity’s Rainbow, a winner first time out.

Plot the Dots originally raced for his breeder and trainer Mike Trombetta, making his debut at Laurel as a 3-year-old in January 2020. He broke his maiden at second asking in February that year, and was a three-time winner in 10 starts in 2020.

As a 4-year-old in 2021, Plot the Dots won once from six starts, while finishing no better than fourth in three stakes tries. In his second start of 2022, he was claimed for $35,000 that February by Danny Chen and trainer Claudio Gonzalez, and won an optional claiming race next out for a $50,000 tag in March. He got his first black type when third in the Native Dancer Stakes in April, and picked up another during the summer when second in the Deputed Testamony Stakes.

Winless since March, Plot the Dots was claimed by Cash for $40,000 on October 13. Since then, he’s won twice from five starts, picking up an optional claiming win on Thanksgiving. With his Jennings win, he’s earned $96,540 for his current connections.