All eyes were on Malibu Beauty in the seven-horse field of Maryland-bred and/or Maryland-sired fillies and mares. A three-time stakes winner in 2022, Malibu Beauty was sent off as the 2-5 favorite in the Geisha. Award Wanted was the 9-2 second choice.

As expected, Malibu Beauty broke on top from the rail and controlled the early pace. She drifted a path off the rail not long after she completed an opening quarter in :24.17, and let longshot Bourbon Wildcat sneak up the inside and increase the pressure. Meanwhile, Award Wanted rated comfortably on the rail in third.

By the time they hit the far turn, Malibu Beauty had been rated off the pace and let Bourbon Wildcat have the lead, and moved to re-engage. Angel Cruz continued to sit patiently aboard Award Wanted as he waited for a hole to open up. 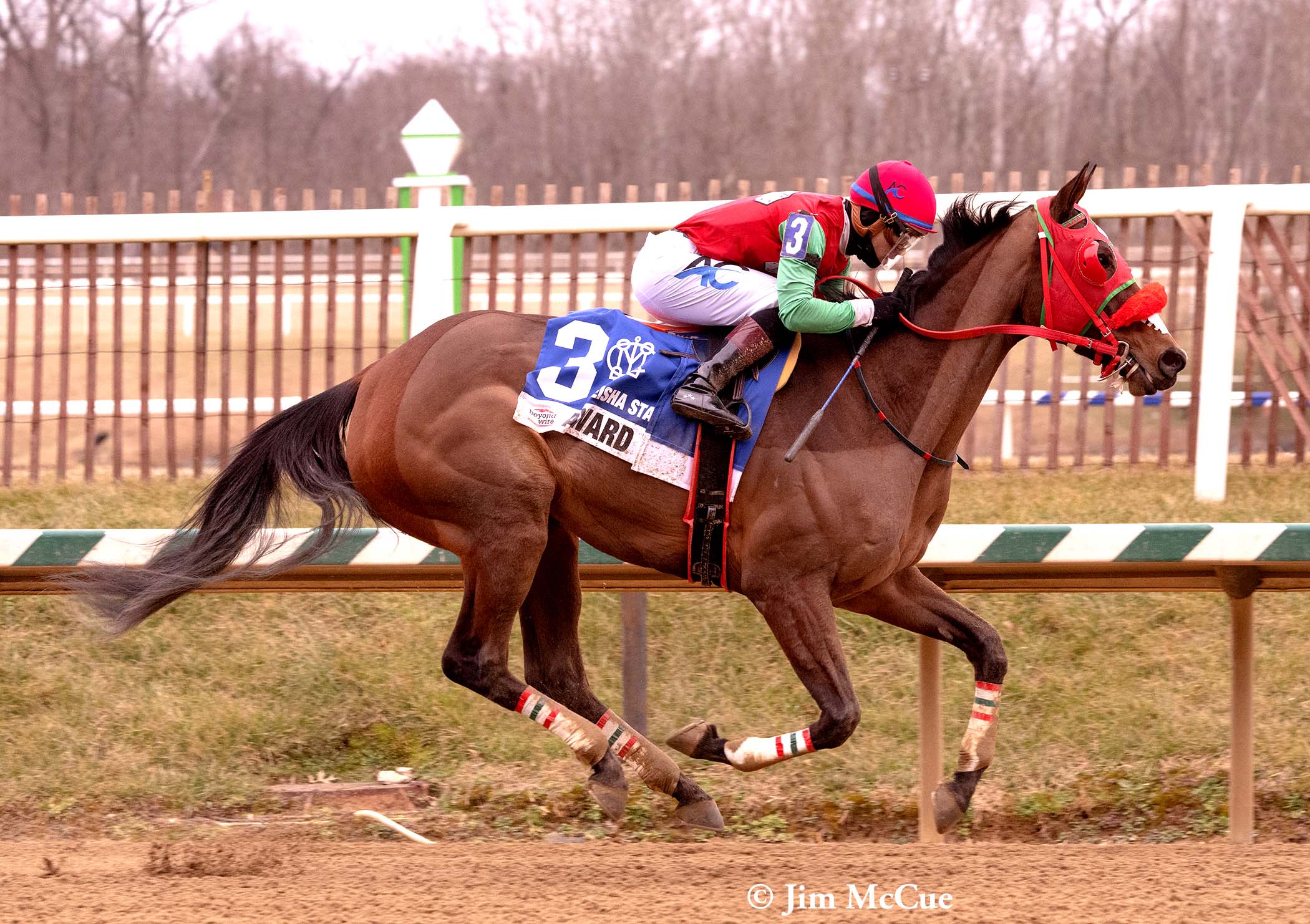 As the entered the stretch, the hole materialized, and Award Wanted moved to the front. She struck the lead without much resistance from either of the pacesetters, and drew off in the stretch to win by five and three-quarter lengths. Bourbon Wildcat and Malibu Beauty finished second and third, respectively. The final time for a mile was 1:40.76.

A 6-year-old daughter of Macho Uno, Award Wanted debuted as a 3-year-old on June 27, 2020, and broke her maiden at first asking at Delaware Park for breeder Dr. Alexandro Rubim Dias’ A.R.D. Racing Stables and trainer Claudio Gonzalez. She went winless in her next six starts, and was claimed for $16,000 out of a non-winners of two claiming race by Upton and Robb on Feb. 21, 2021, a race she won by a half-length.

She made her stakes debut in the Maryland Million Turf Distaff Starter Handicap on Oct. 23, 2021, where she finished third by two lengths. Last year, she won four of 11 starts, was on the board a total of nine times, and earned $174,503. This was her first appearance in stakes company since the 2021 Maryland Million.

Award Wanted is out of the multiple stakes-placed Cherokee’s Boy mare Touring Hong Kong, whose first foal, V. I. P. Ticket (by Windsor Castle), won a pair of stakes races at Charles Town and earned $310,195 during a 34-race career. Her third foal is winner Award Nominated (2018, by Buffum). The 13-year-old mare has an unraced 3-year-old Klimt filly named Touring Vogue, a current 2-year-old by Biblical named Almost Famous, and a yearling colt by Always Dreaming foaled last April. She was bred to Bustin Stones for this year.