La Castiglione made her 5-year-old debut a winning one on Jan. 23, when she strolled home in the City of Phoenix Stakes at Turf Paradise for her fourth stakes win in her last six starts.
In her prior performance, La Castiglione took the Glendale Stakes at the Phoenix, Ariz., oval in November by a length, for her third stakes win of the season and first one on turf. She switched back to dirt for the City of Phoenix and went off as the 4-1 third choice in a wide-open seven-horse field. With regular rider Hannah Leahey sidelined by injury, Harry Hernandez picked up the mount. 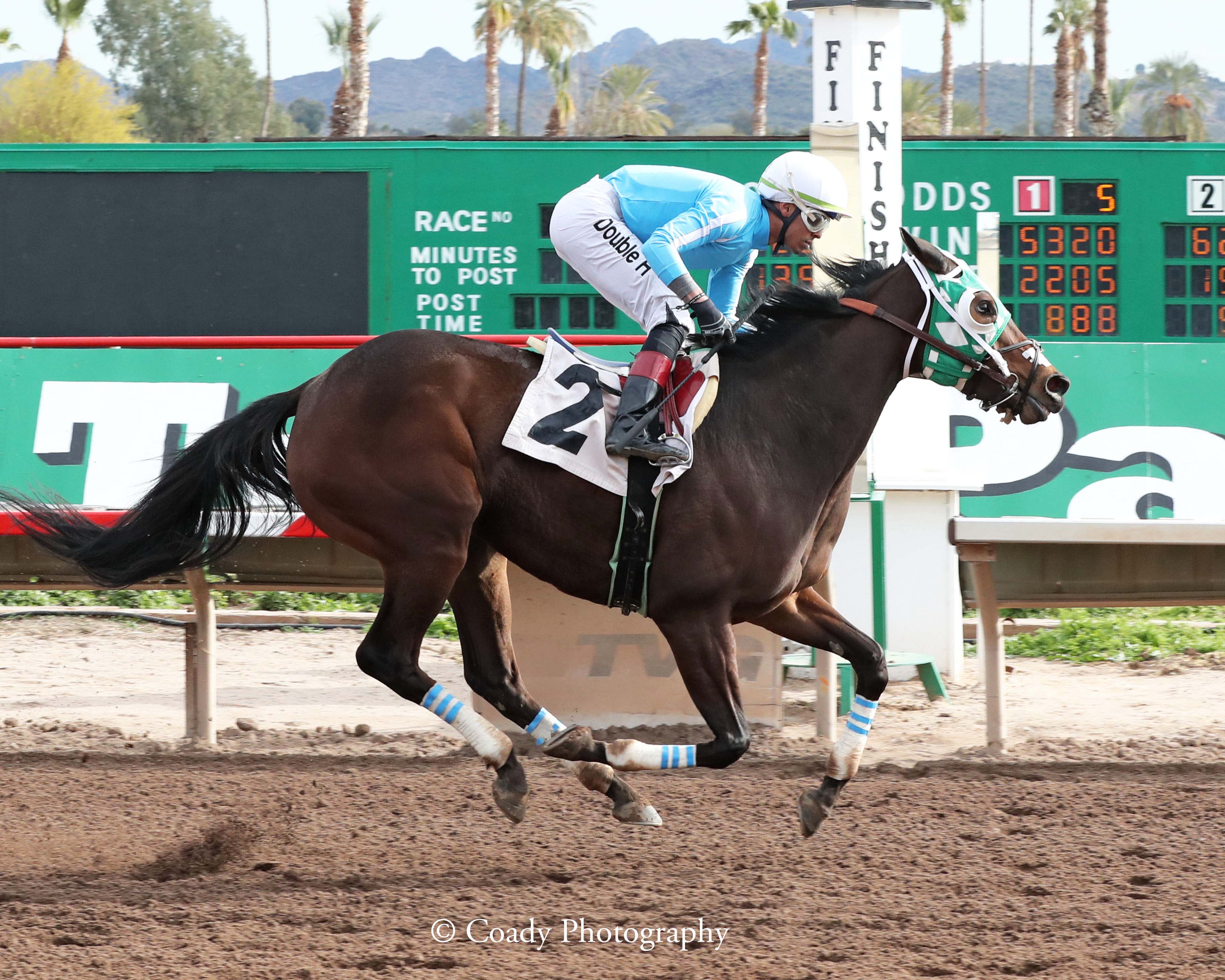 La Castiglione broke well from post position two and made it to the rail and the lead by the time they hit the first turn of the one-mile contest. She relaxed on the front end and set reasonable fractions, going an opening quarter in :24.01 and the half in :47.47.
As they rounded the far turn, several rivals began to make their moves, but no one could gain serious ground on La Castiglione. She remained clear on the turn and kicked away as they hit the top of the stretch. She was in front by as many as four and a half lengths in the stretch, and although Lady Commissioner cut into the margin somewhat, she was never a threat. La Castiglione hit the wire two and a quarter lengths on top, covering the mile in 1:35.64.
The victory pushed La Castiglione’s earnings past the $200,000 mark, and improved her record to 10-5-2 from 24 starts. She’s owned by Jeff Jacobs and trained by Juan Quintana Gutierrez. Jacobs claimed her for $7,500 in September 2021 at Monmouth Park and switched her to Gutierrez’s Arizona stable at the start of 2022.
La Castiglione was bred by Dr. and Mrs. Thomas Bowman, Dr. Brooke Bowman, and Rebecca Davis. She’s by Northview stallion Uncle Lino, out of the Distorted Humor mare Perverse. From eight starters, Perverse has produced seven winners, including stakes-placed Ignite (Jump Start), Instructor Kunu (E Dubai) and Belial (Tritap). She was bred back to Great Notion for 2023 after producing a filly by him last February.