The Maryland Horse Breeders Association’s Annual Yearling Show has served as a stepping stone to success for many Maryland-bred Thoroughbreds since it was first held in 1932, and the crop of participants in last year’s show was no exception, as two 2-year-olds racing this year found stakes victories within days of one another: Sharing and Project Whiskey.

Sharing, a filly by Speightstown out of Breeders' Cup Filly and Mare Turf-G1 winner Shared Account, faced graded stakes company for the first time as she took on the Breeders’ Cup Juvenile Fillies Turf-G1 at Santa Anita on Nov. 1. In her fourth career start, second in a stakes, Sharing outshined the competition to win the mile on the turf by one and a quarter lengths for owners Eclipse Thoroughbred Partners and Gainesway Stable and trainer Graham Motion, who also trained her dam. Bred by Sagamore Farm, Sharing improved her record to 3-0-1 from four career starts and increased her earnings to $730,300.

On the East Coast, Project Whiskey made her stakes debut in the Parx Juvenile Fillies at Parx Racing on Nov. 4, battling down the stretch to win the seven furlongs by three-quarters of a length. Owned by Cash is King LLC and LC Racing and trained by Robert E. Reid, Jr., the filly by Tapizar out of Over the Moon has finished no worse than third in her four starts, with two wins and two third-place finishes. The Dark Hollow Farm-bred has increased her earnings to $106,800.

Before both fillies were excelling in their first season of racing, they participated in Class IV of last year’s MHBA Yearling Show, for fillies bred in Maryland by out-of-state sires. Judged by the late Rick Violette, both made the final cut of the class, with Project Whiskey taking the blue ribbon as Violette admired the quality of her hip, shoulder and hind leg. Despite not placing, Sharing was not left without praise, as Violette noted she had a “good walk, with a very good hip and shoulder.”

Many horses have stepped out of the yearling show ring and into a successful racing or breeding career, regardless of the ribbons they did or did not receive, including: Safely Kept, overlooked in the ring in 1987 as one of 60 fillies in her class, she went on to become a National Racing Hall of Fame Member, earning $2 million and winning the Breeders’ Cup Sprint-G1, along with receiving an Eclipse Award as the nation’s champion sprinter; Smart Angle, who finished fifth in her class but was nearly unbeatable the next year on the track, winning three Grade 1 stakes and being named the nation’s champion 2-year-old filly; Cathryn Sophia, second-place in her class in 2014, who earned more than $1 million and was never off the board in her nine starts, highlighted by a Grade 1 win in the $1 million Kentucky Oaks, and earning titles as 2016 Maryland-bred champion sprinter, champion 3-year-old filly and Horse of the Year; Declan’s Moon, winner of Class I in 2003, who was undefeated in four starts, three stakes, and was the 2004 Eclipse Award-winning 2-year-old male as well as Maryland-bred Horse of the Year, and 2005 Maryland-bred champion 3-year-old.

Every yearling shown, regardless of placing, is eligible for the $40,000 MHBA Yearling Show Premium Award, which is split and distributed twice: $20,000 divided among the exhibitors of four show contestants who earn the most money as 2-year-olds and another $20,000 divided among the exhibitors of the four highest-earning 3-year-old runners the following year. Following her Breeders’ Cup victory, Sharing has earned the premium award for her exhibitor, Sagamore Farm, as she is the top-earning 2-year-old from her show year and the highest-earning 2-year-old since the premiums were established in 1983, surpassing Declan’s Moon, who amassed $507,300 in 2004. 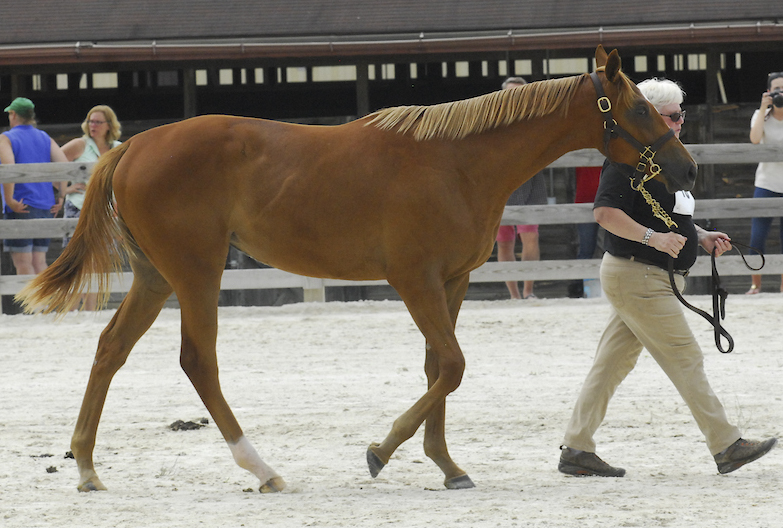 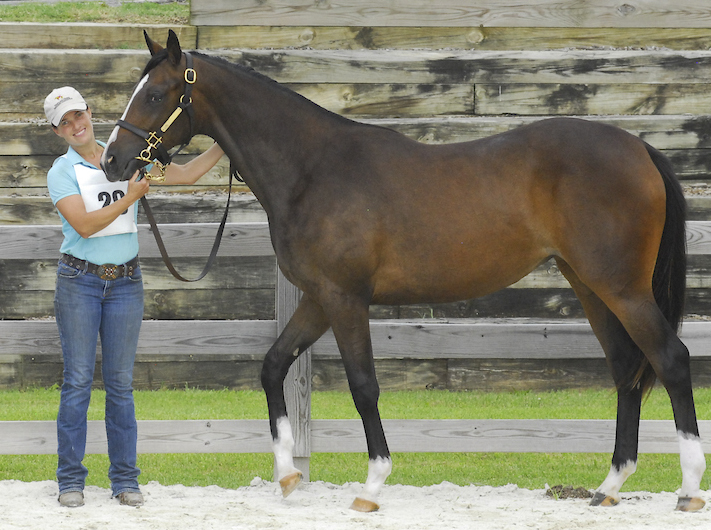