Tritap’s first foal, a filly out of the Glitterman mare Skip the Glitter, arrived at Roland Farm in Chesapeake City, Md., on Feb. 1. Bred by Dr. Tom and Chris Bowman, Brooke Bowman and Becky Davis, the gray/roan filly is from the family of Two Thousand Guineas-G1 winner and European champion Dawn Approach and descends directly from major producer Kittiwake. 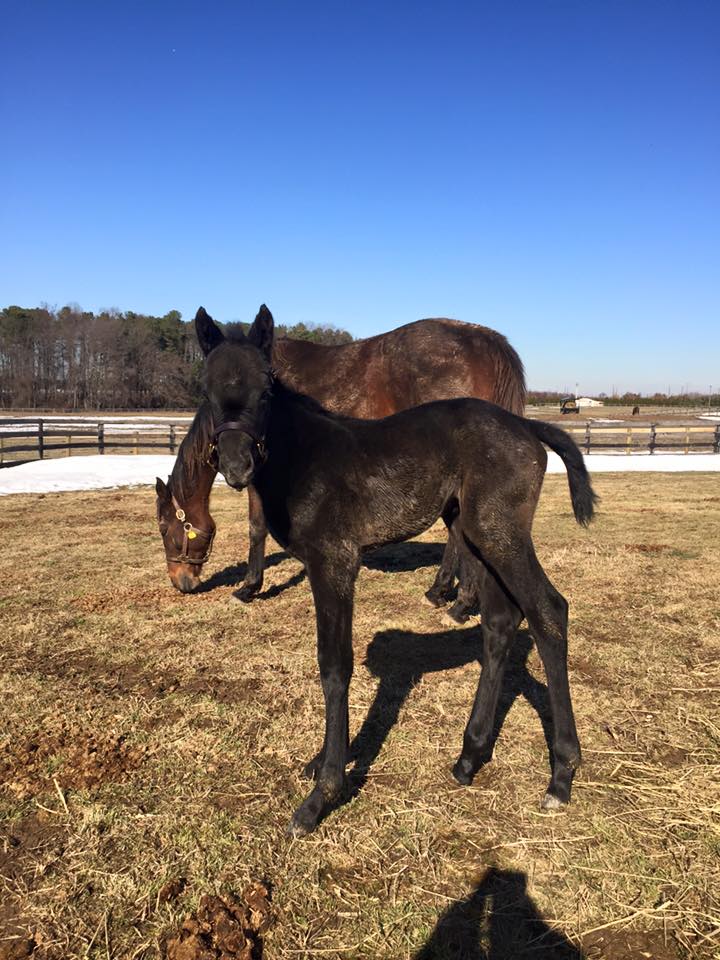 Graded stakes performer Tritap stood his first season at Heritage Stallions in Chesapeake City, Md., in 2015, covering 57 mares. A son of leading sire Tapit, Tritap was retired to stud after starting nine times and finishing first or second in six of them while earning $155,936. A track record setter at Churchill Downs going a mile and three-sixteenths, he broke his maiden at Saratoga when running seven furlongs in 1:22.56. In his first start at 4, he just missed in the Grade 2 San Fernando Stakes at Santa Anita. After prompting the pace, he battled with Fed Biz and lost by a head.